Charming Her Rogue by Dawn Brower

Only time will tell if their destiny is to be together, or if they will ultimately serve a higher purpose. 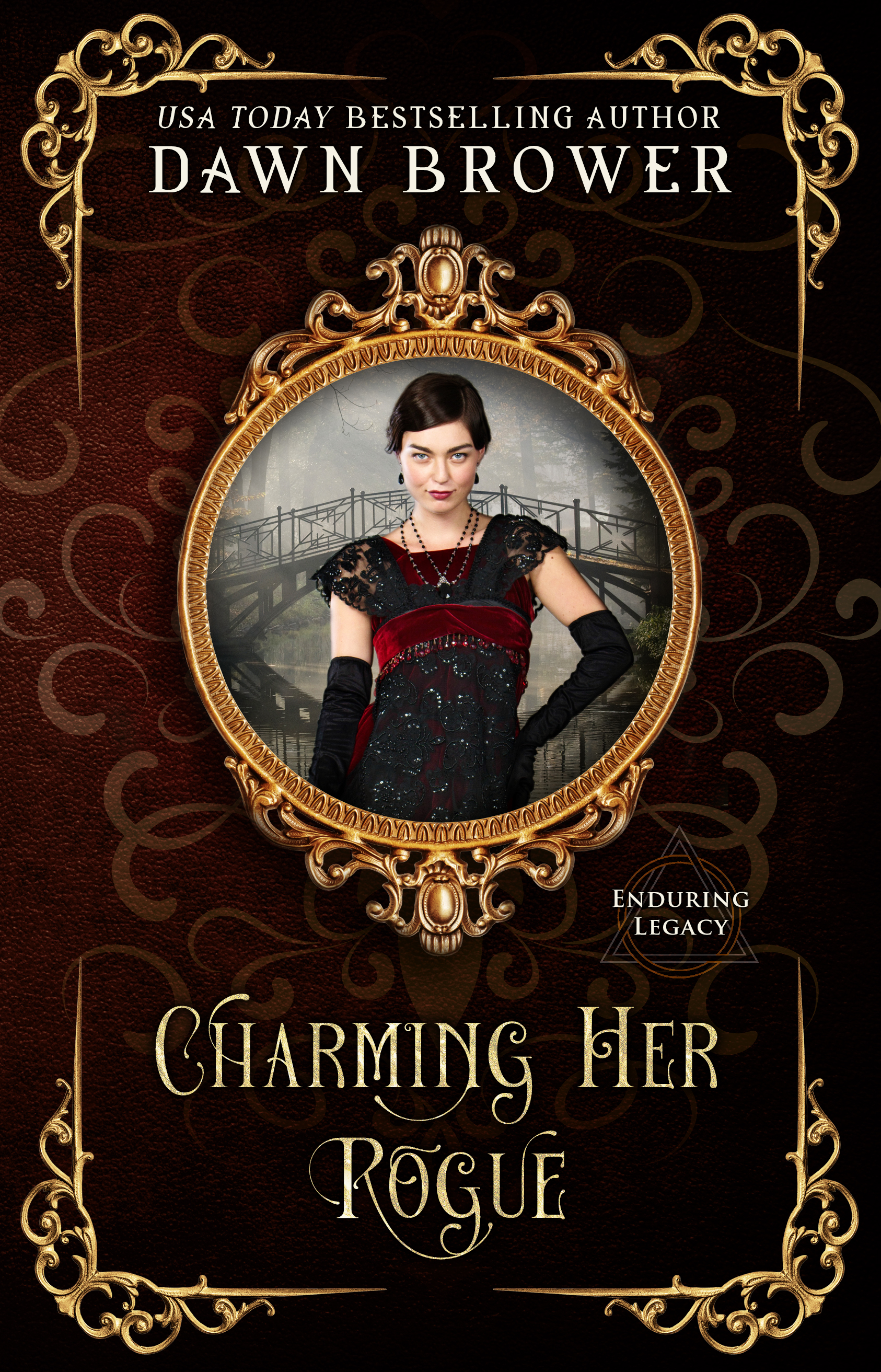 Lady Catherine Langdon is special, and not because she's the daughter of a duke. She comes from a long line of individuals born with extraordinary gifts, and she is one of the few that has a variation of all three. On the brink of war she makes a decision that will irrevocably alter the course of her life—love or duty.

Asher Rossington, the Marquess of Seabrook, decided at a very early age that he would not live an idle life. His father forbade him from being a spy for the crown, but he chose to ignore it. Ash never regretted his choice, but wished he could have repaired his relationship with his father before he died. Now with the fate of the world in turmoil he has to make another hard decision—remain a spy for king and country, or go home and honor his father's title.

The Great War brings Catherine and Asher into each other's lives. Only time will tell if their destiny is to be together, or if they will ultimately serve a higher purpose.


I am a USA TODAY BESTSELLING author.


“Some people need society events to function,” he said evenly. “I’ve never been one to put stock in them. Do you enjoy them?”

“Not particularly,” she replied. “As you’ve stated—they’re more tiresome than entertaining. If you don’t like them, what brings you to this particular one? The ambassador’s guests are generally of the prestigious sort.”

She’d met numerous individuals that boasted of their importance. Catherine hadn’t found any of them especially noteworthy. She hadn’t relied on her gifts for any epiphanies where they were concerned. In her experience, if someone talked that much about themselves, it usually meant they were of little consequence. It was the quiet ones she had to watch and figure out. Like this man—he’d started the conversation, but gave little of himself away.

“It’s not my practice to boast about my connections.” He reached out and snatched a glass of champagne from a waiter as he strolled past. The man brought it to his lips and sipped the bubbly liquid. Once again, Catherine was transfixed by him, his deeds, and his inaction. Everything about him remained an enigma. What game was he playing? He lowered his glass and met her gaze. “Don’t you think it is far better to blend in and not allow anyone to notice you?”