Philadelphia, 1783 - Major Alexandre Beauvisage is returning from the Revolutionary War when he discovers an injured female with no memory of her past. Against his better judgment, Alec takes Caro home with him to Philadelphia and quickly falls under the 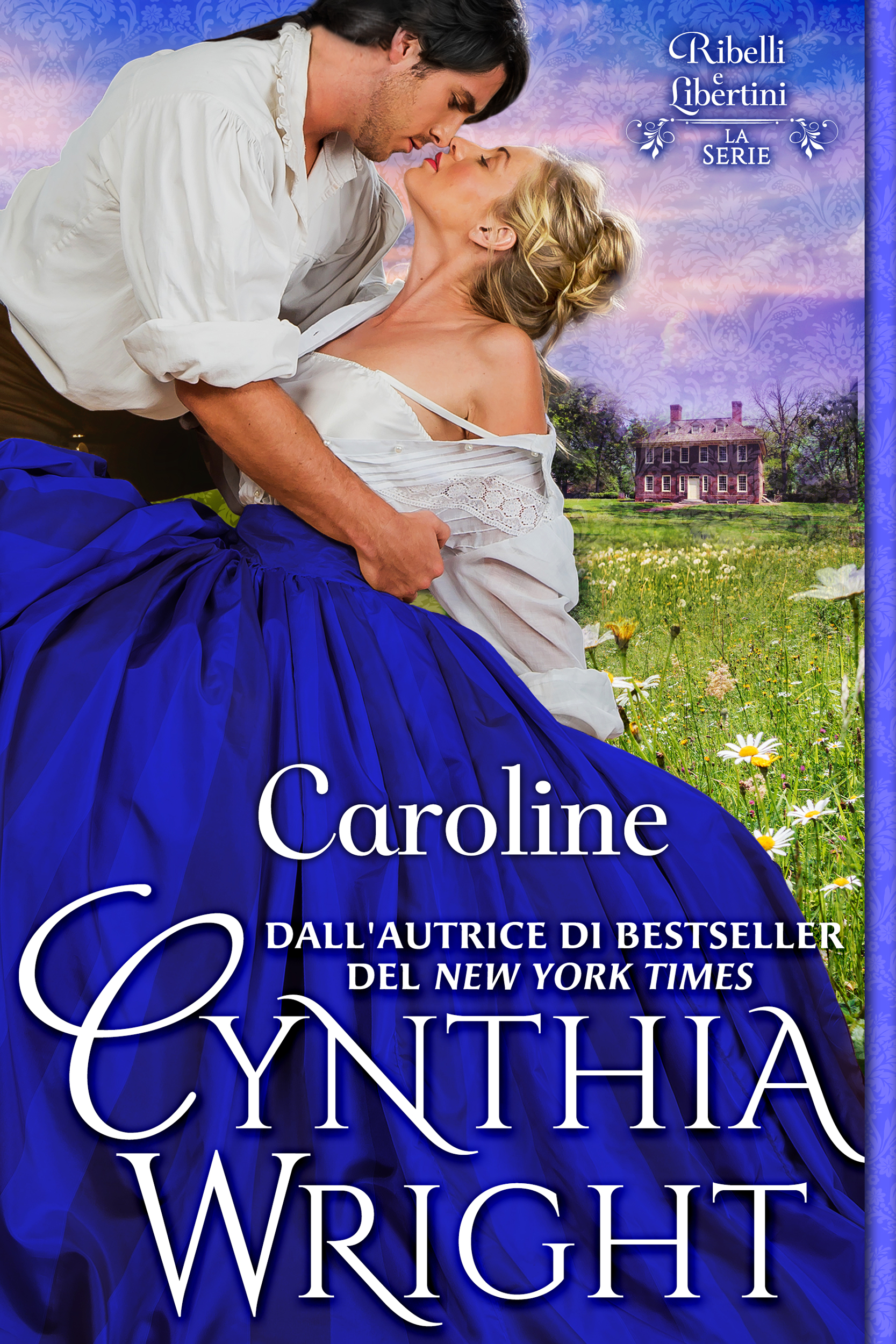 1783 ~ Alec Beauvisage is returning from the Revolutionary War when he discovers Caroline in the Connecticut woods. Dressed as a boy, she has no memory of her past. Against his better judgment, he takes the lovely foundling with him to his home in Philadelphia and finds his life increasingly complicated as the fiery attraction between them builds and Caro's dangerous past reaches out to her.

CAROLINE is Cynthia Wright's unforgettable debut novel and is on keeper shelves worldwide. The story of an confirmed rake and an innocent, spirited young woman, it is filled with sensual romance, evocative history, memorable characters, and the joy of true love.


CAROLINE was first published by Ballantine Books (Random House) in 1977. It went on to become a bestseller, with more than 500,000 paperback copies sold. Many readers tell me they still have their original copies!

Since I re-published my novels in 2011, during the ebook revolution, the English version of CAROLINE has become a reader favorite all over again. On Amazon alone, it has sold more than 25,000 paid copies and has been a Kindle Top Ten bestseller. CAROLINE has more than 300 reviews on Amazon and 250 reviews on iBooks.
I intend to have all 5 Beauvisage Family novels translated.


Alec glimpsed a bright patch of color atop the low stone wall that snaked through the woods. Reining in his horse, he dismounted and walked back to discover a packet of garments drawn hastily together inside a piece of bottle-green silk. Before he could open it, a soft moan rose from the trees to his left. Instantly alert, Alec followed the noise and soon spotted its source—a small form lying at the foot of a bright maple tree about two dozen feet away. Cautiously, he drew a pistol from his belt and moved forward. From a distance, the figure appeared to be that of an unconscious young boy. The lad wore ill-fitting gray breeches, a loose white work smock, and an oversized dark-green tricorne hat which obscured his face.

Drawing near, Alec replaced his pistol and knelt down beside the still form, noticing first that there was no sign of blood. His dark brows came together at the sight of two suspiciously lovely shapes outlined against the loose shirt.

“What have we here?” he muttered in bewilderment while drawing off the green hat. Lustrous honey-colored hair spilled out over the rusty leaves and Alec let out a low whistle as he bent over the girl’s face. She looked little more than eighteen, and for a moment he felt that he must be dreaming. The girl had the face of an angel. Her eyes were fringed by long lashes that brushed her creamy skin. Alec’s gaze came to rest on appealing lips. Gently, he raised her head and cradled it in his arms.

“Can you hear me?” he asked softly, but received no response. She was warm and breathing evenly, as if merely asleep.

Almost instinctively, he tipped her chin up with his forefinger and grazed her mouth with his own. When he felt a faint answer from her lips, he drew back with a wry smile.

Then, with a sigh, he murmured aloud,”What do you suppose I’ve got myself into this time?”