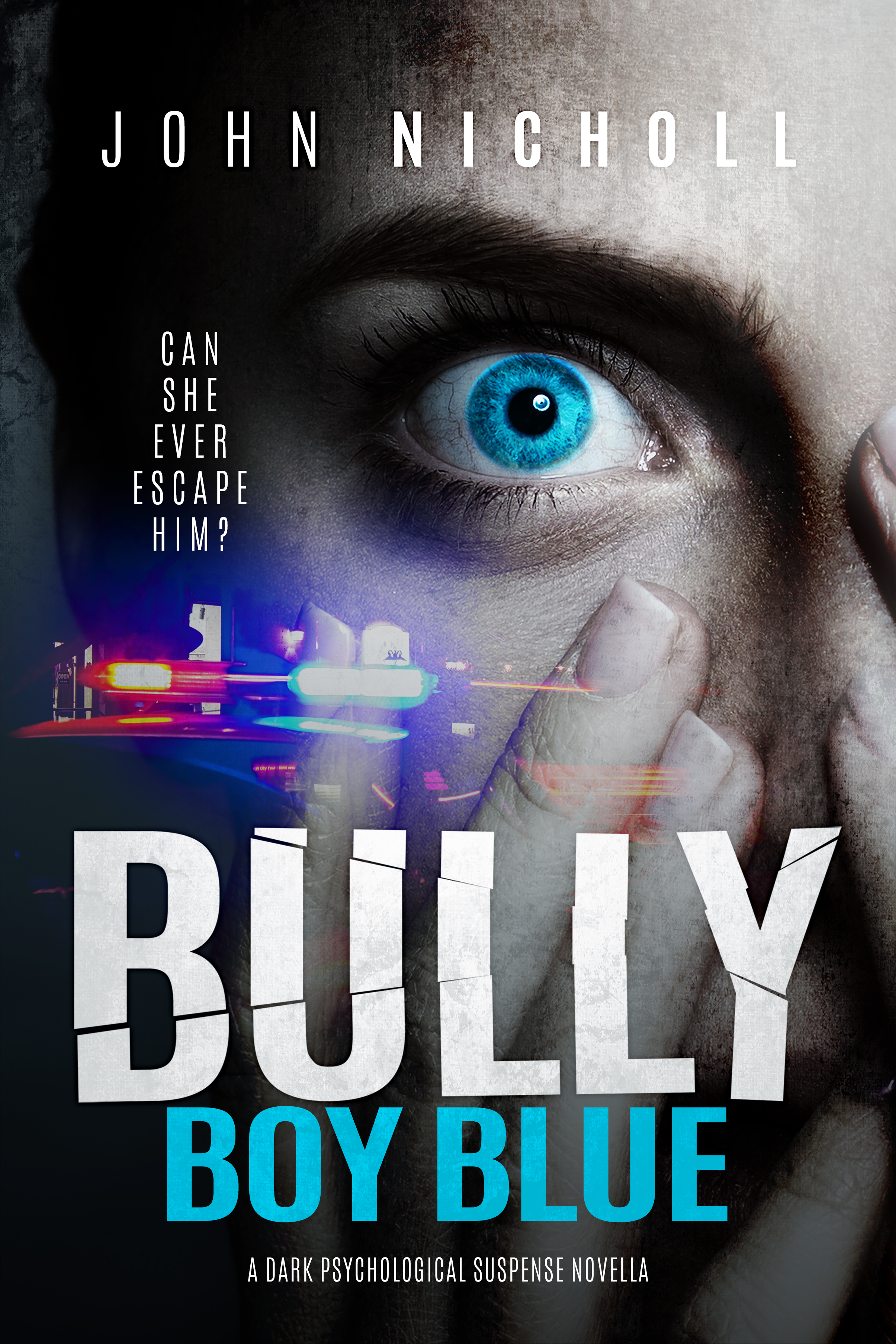 Every aspect of Kathy’s life is dominated by her abusive bully boy husband. Now she’s pregnant and in fear for her life. Can she ever escape him?

An electrifying page-turner of a psychological thriller packed with suspense.


What people are saying about Bully Boy Blue:

‘Such a brave and impressive book - don't miss it!’ The Book Magnet

‘A fast-paced, heart-racing read that I gobbled up in one sitting.’ Relax and Read Book Reviews

‘This book made me hold my breath from the first word until the last.’ Goodreads

‘An intense read that I couldn't put down.’ Read Along With Sue

'It made me gasp out loud!' Goodreads

'This may be mini but it’s incredibly mighty.' Little Bookness Lane

'Kudos, Mr. Nicholl for such a wonderful piece of work.’ Book Reviews to Ponder


My debut novel, White is the Coldest Colour, was published on 7 April 2015. It entered the Amazon UK top 100 bestsellers chart after just 15 days, reaching # 1 in British Detectives and Vigilante Justice. It also reached # 1 in British Detectives and Psychological Thrillers in France, # 1 in British Detectives and Psychological & Suspense Thrillers in Spain and # 1 in British Detectives and International Mysteries and Crime in Australia, where it reached # 10 of all books in the Kindle store. The audiobook entered the Audible UK top 60 bestseller chart at # 33 within 24 hrs of publication.
When Evil Calls Your Name, was published on 31 December 2015, and reached # 1 in Biographies and Memoirs of Women in the UK, # 1 in Biographies and Memoirs of Criminals and International Mysteries and Crime In Australia, # 1 In Noir Mysteries and Thrillers in Canada, and # 1 in Violence in Society in the USA.
Portraits of the Dead, was published on 1 September 2016 and quickly entered the Amazon UK top 100 bestseller chart, reaching # 1 in Welsh Crime, Noir Thrillers and Kidnapping Crime Fiction. It also reached # 1 in Noir Thrillers in Canada. The novel will be published in Hungarian by Konyvmolykepzo in the near future.
A Mind to Kill was published on 5 August 2017. It reached # 32 of all books on Kindle in Canada, # 1 in Psychological and Suspense thrillers, and was also a category # 1 bestseller in Austrailia.
I have sold around 90,000 ebooks and over 2,200 audiobooks since May 2015.
I have been awarded four Amazon UK All-Star Bonuses for being one of the most read authors on Kindle for the particular months.

Twenty-six-year-old Kathy Conner stood at the cooker and stirred the homemade vegetable soup she’d been preparing for over an hour. Had she added salt? Oh, God, he always wanted salt. Think, Kathy, think.

She took a spoon and tasted it. Yeah, not bad. Not bad at all. Just the right amount. And a little black pepper too. Perhaps he’d be satisfied this time. Maybe it was tasty enough, even for him.

She checked the wall clock above the dishwasher for the ump- teenth time that afternoon and winced. Time was getting on. It was sprinting away from her, faster, faster and faster, as if to taunt her. The main course. It was time to start preparing the main course. He’d be back soon after five. That only gave her two hours at best. It had to be ready and waiting the second he arrived. There was no room for dawdling.

Kathy stopped suddenly on approaching the fridge, and stood listening for even the slightest sound. Was that a car pulling up on the driveway? What the hell? It couldn’t be, could it? It was only ten past three. Please don’t be him. Please don’t let it be him.

She noticed that her hands were trembling as she allowed the countertop to support her weight. Whoever it was had switched off the engine. Oh God, was that a key in the lock? The front door was opening. It was definitely opening. And there were footsteps in the hall. Heavy footsteps. His footsteps. He was getting nearer, nearer, nearer.

And then there he was, standing at the kitchen door, flexing his powerful shoulders, forming his hands into tight fists and staring at her with a blank expression on his boyish, brutal face.