Broken Ties - Prequel to The Mentalist Series by Kenechi Udogu

Some rules are okay to trifle with, and there are some which should never be broken. The gravest of them all? Don’t fall in love. Ever. 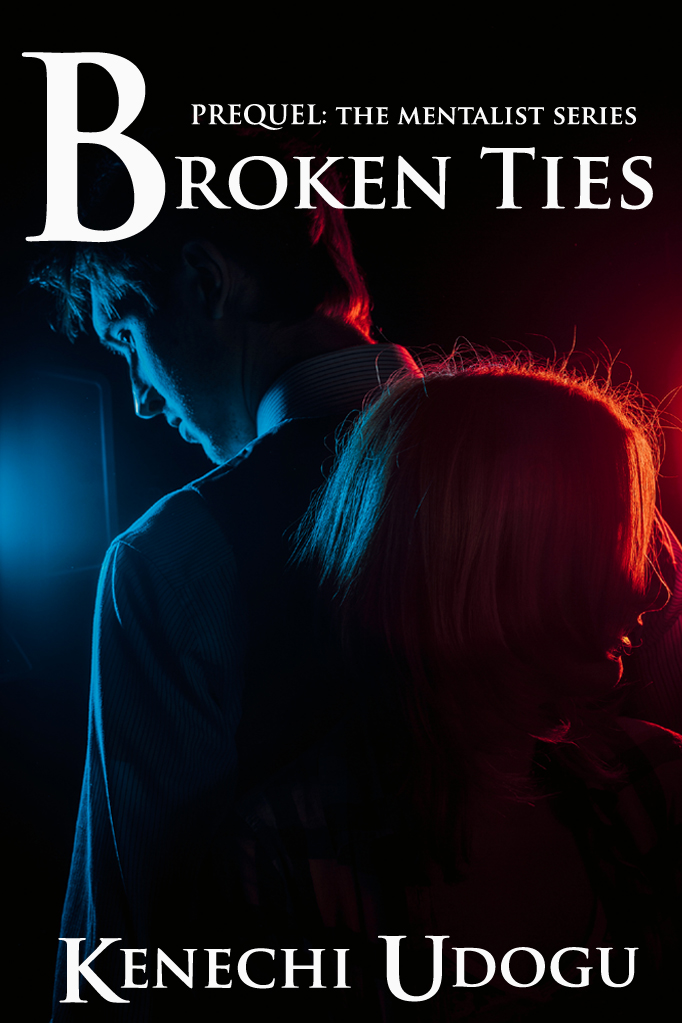 "There was nothing unusual about the night everything changed. No flashing lights in the sky, no searing fire in my belly; no sign whatsoever to suggest the shift which was to come…Nora Brice did strange things to me. Strange and awful things…"

Paul Colt has a problem, and it is not one most teenage boys face. Yes, he likes a girl; one he’s pretty certain he’ll do foolish things for, given the chance. But he can’t go after her, or any other girl for that matter. That’s what he gets for being an Averter; forced to toe the line for the propagation of the collective. He knows some rules are okay to trifle with, and there are some which should never be broken. The gravest of them all?

This is the story of how Paul breaks that rule.

Have you ever felt trapped by your own existence? Knowing nothing you do or say can change your messed up situation? Yet, knowing the change you desire will only lead to pain and loss. It’s a far more unpleasant sensation than I’ve described; and once the feeling sets in, it’s pretty difficult to shake.

I’m not usually this dramatic.

I’m never dramatic. The truth is, I can’t afford to be theatrical about life with the fate I’ve been allotted. But, sometimes, finicky emotions sneak up on you and a guy can’t keep his head up like he knows he should.

Like the first day I caught a glimpse of my future. I was six years old when my father had the grossly uncomfortable conversation about the birds and the bees with me. Probably a bit young for such graphic talk, but when you’re not like regular folk, some things had to be broached earlier than others. That way I wouldn’t get the option of dreaming about a life that could never be.

After my initial dismay at the thought of never marrying my seven year old freckled neighbour, Susan Riley, things swung into full gear with my training. In the ten years which followed that eye-opening conversation, I tried not to look back on what could have been (it helped that Susan moved on to some other guy once I began ignoring her), or to look ahead at what I’d be missing out on.

That was the more difficult feat. Who wants to live life knowing every detail has already been planned out for you? Living in a large city, I noticed pretty girls all the time (it was impossible not to); but with my father drilling tenets of look-but-don’t-touch into me for years, I got by okay.

Like I said before, it wasn’t an easy task.