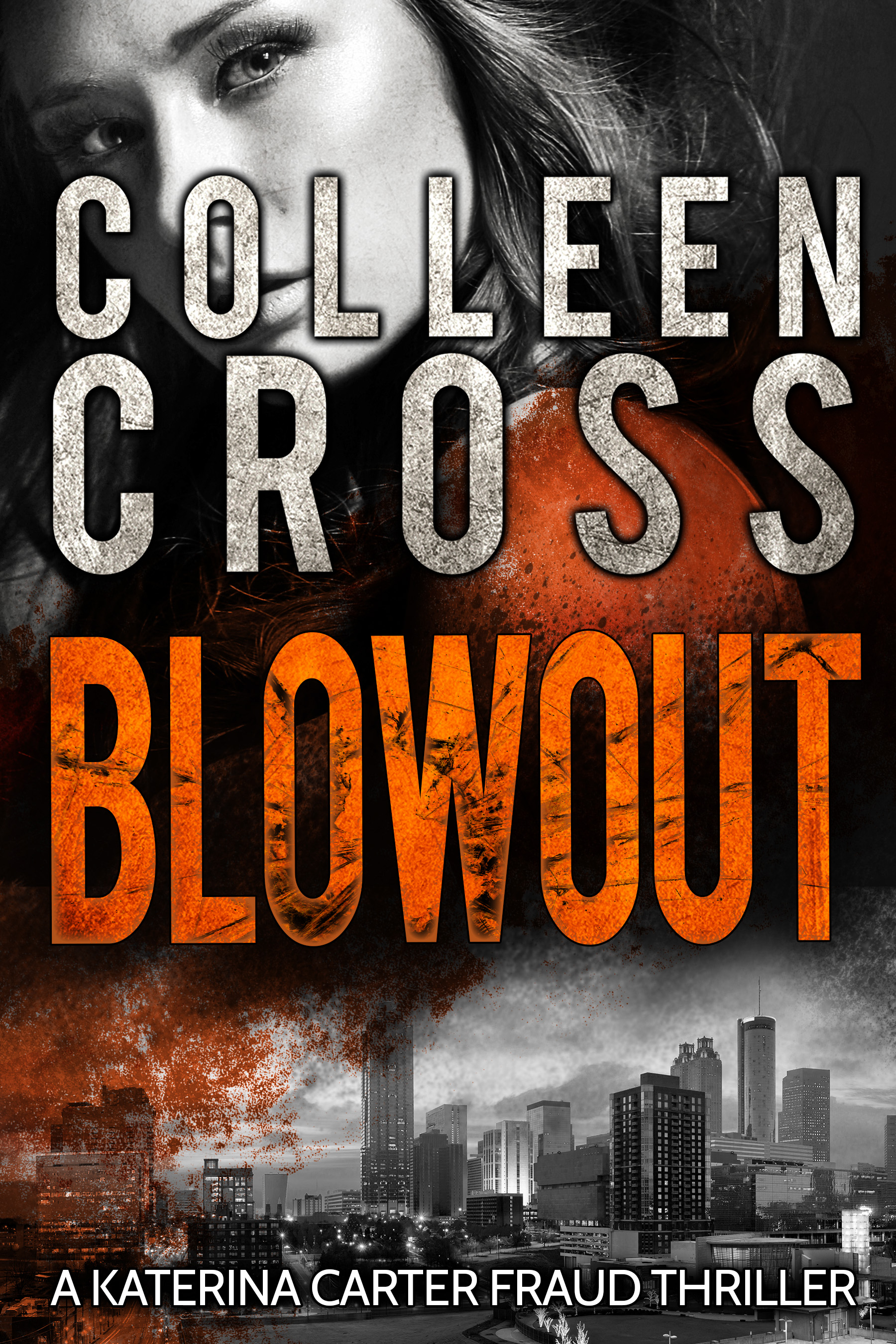 A Sinister Crime Lies Deep Beneath The Water…

On fraud investigator Katerina Carter’s trip to a remote island aboard a luxurious yacht, she suspects the boat’s slick and charming owner is hiding a dark secret. With her cunning instinct for sniffing out malevolent cons, Kat tries to warn her friends that something is very wrong with their host and that his moneymaking scheme smells fishy.

And why is she only one who thinks he’s not being completely honest?

While exploring the island, Kat and her friends research the rumors of a sinister cult, the Aquarian Foundation, and search for buried treasure. The cult swindled people out of their money and now the same situation is starting to eerily echo their present circumstances. That is if Kat can prove to the others that if something sounds too good to be true, it usually is. . .

When Kat’s warnings fall on deaf ears, she uncovers a horrifying truth that will place those closest to her in mortal danger. Now it’s a race against the clock for Kat to expose a killer before he strikes again.

Blowout is the third book in the Katerina Carter Fraud Thriller series and appeals to crime thriller fans of James Patterson and Michael Connelly.

Blowout is an action-packed legal thriller and sea action adventure novel in the vein of Dan Brown and John Grisham, teeming with greed, corruption, and conspiracy in the dark waters off the west coast. This stunning crime thriller suspense novel from crime author Colleen Cross will captivate you with psychological suspense, international intrigue and surprising plot twists in the great psychological thriller tradition of Paula Hawkins, Ruth Ware, Greg Iles, Lisa Scottoline and Rachel Caine. A cool female sleuth and private investigator who gets the job done at any cost. Fans of Girl on the Train and Stillhouse Lake will love this riveting crime thriller.

Anatomy of a Ponzi: Scams Past and Present


Blowout is the third book in the bestselling Katerina Carter Fraud and Legal Thriller series. The first two books, Exit Strategy and Game Theory, have been bestsellers on Google Play and Kobo, and also sell well on Amazon. My books have very good reviews and have been called "exciting, intelligent thrillers" similar to Michael Connelly and John Grisham in terms of plot and pacing.


Katerina Carter’s downtown office window framed a spectacular view of the Vancouver harbor. Great for daydreaming, not so great for getting work done. She checked her watch and realized two things: she had been staring out the window for a good twenty minutes, and her boyfriend, Jace Burton, was late.

Jace was always on time, but he should have arrived for their weekend getaway by now. They hadn’t much time before their charter flight departed for De Courcy Island, a small, sparsely populated island in the Juan de Fuca Strait near Vancouver Island.

Jace’s latest project for The Sentinel was historical lore based on a 1920s cult. According to Jace, the cult had plenty of scandal, sex, and even rumors of hidden treasure. The man behind it all went by the name Brother Twelve, or rather, Brother XII, as he insisted it be written. Apparently the Egyptian gods he communicated with had a thing for Roman numerals.

The trip was technically a working weekend for Jace. His Brother XII assignment was part of a historical series he wrote. Jace freelanced, so a long-term series like this was good. It provided both steady work and perks, like free trips all over North America, depending on the story.