Blocking the Bride by Sandra Sookoo

Busting up a wedding has never been so personally satisfying. 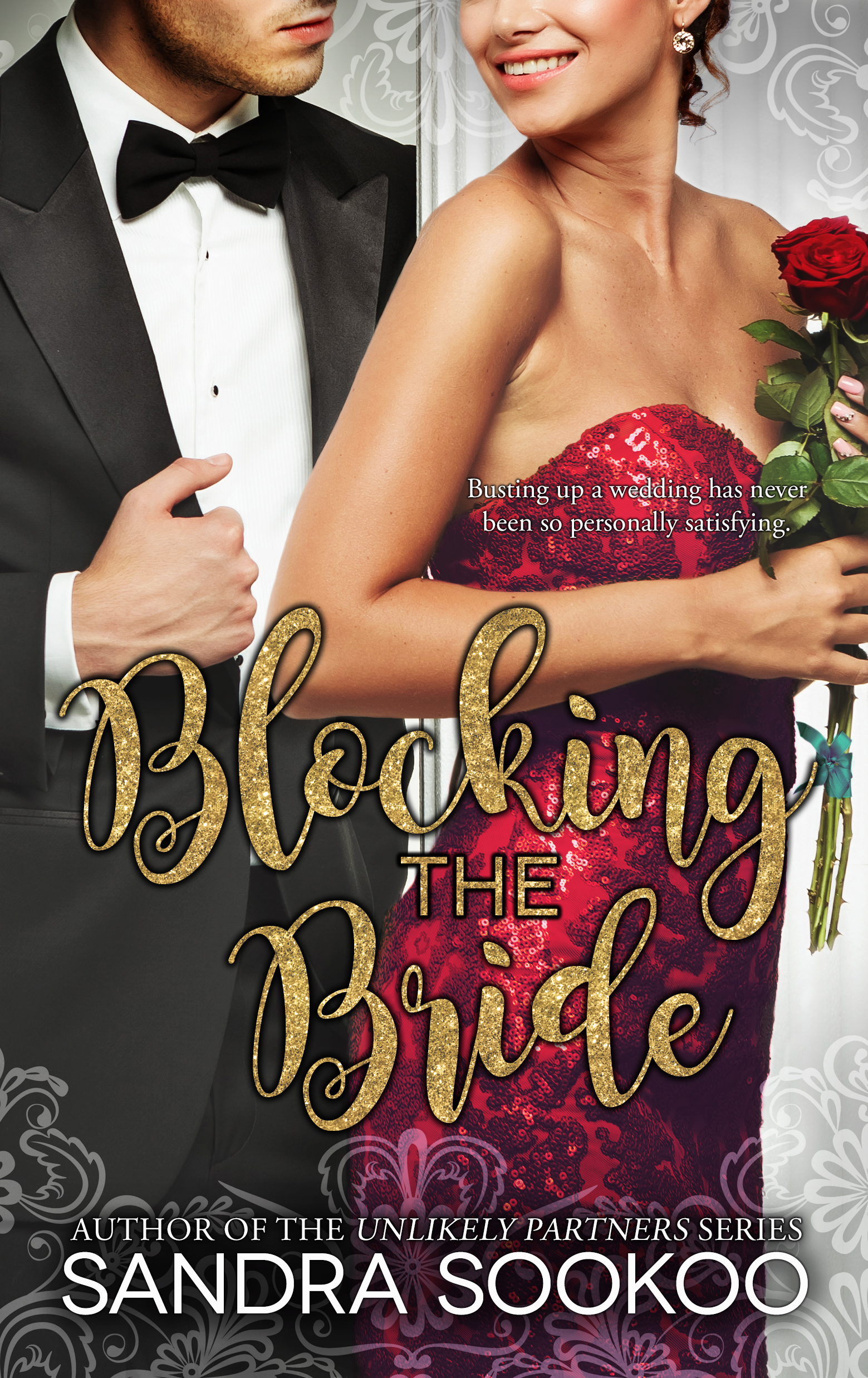 Nora “Can’t Say No” Lenhart’s life is way past complicated. Her stress level skyrocketed when she’s appointed maid of honor for the upcoming wedding of the World’s Worst Boss. Plus, her ex is the best man. She’ll need to buy stock in an antacid company as she tries to ditch the green-eyed monster of wedding envy.

Camden Webber is an FBI agent with a massive chip on his shoulder—namely not being able to forget the woman whose usual inability to say no didn’t keep her from shooting down his proposal five years ago. Though he has jaded views on weddings and marriage, he agrees to stand at his best friend’s side. After all, train wrecks are interesting, right?

When Nora and Cam are thrown together at an engagement dinner, despite their tumultuous romantic history, they devise a plan to break up the ill-suited bride and groom. As the big day nears, emotions hit a breaking point, proving that wedding planning is more suited to a reality show and while happy endings are optional, they exist amidst the rubble, if the couple looks hard enough.


He never could turn down a challenge. “You’re not into him. You’re using Jake as a buffer so you won’t have to really enter the dating world.” He smirked, simply because he knew that little quirk of one side of his mouth used to irritate her. She used to call it him practicing “smug bastardry.” “Why, I wonder?” He moved into her personal space, and the elusive scent of her floral perfume wrapped around him, called to his brain like a temptress of old. “Is it because you haven’t been able to find a guy who even comes close to me, or are you scared you will?”

She planted the palm of her free hand against his chest. The damn jacket prevented him from feeling her body heat. Her eyes shot brown knives. Good thing looks couldn’t kill or maim. “Don’t be a jerk, Cam. You were a butt five years ago. It doesn’t appear things have changed.”

The way she shortened his name and the gleam in her eyes when she was riled made him lose his level-headed common sense. “At least I’m consistent.” He pulled her into his arms and brought his lips crashing against hers.

Old familiarity crackled over him, yet with it came new excitement, the wonder of rediscovery. Her coat prevented him from feeling her curves, but he took possession of her mouth with a new dedication, pressing her backward into the hedge. He wanted her to remember; he wanted her to want him again, even if it would never amount to anything. Maybe he hoped she’d regret it just a little for turning down a future for them. With gentle caresses and shallow kisses, he made love to her lips, never deepening the embrace. Propelling them to hot and bothered wasn’t what this kiss was about.