Bitten Too by Violet Heart 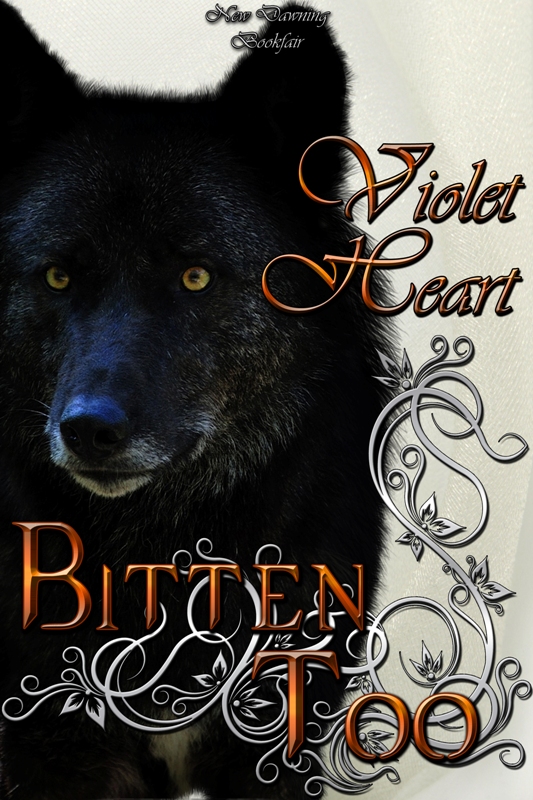 Lady Yasmine Hanswald can't fight her attraction to Lord Jorge Grauwolf, a sexy werewolf set on revenge. Will he use her then cast her aside, or can she win his heart and his bite?


Sold well when new. Average sales now. Should do well in untapped market


Air. I need air. She moved to the window and flung it open, thrusting her face into the night. Cool air helped. Still, her head swam. She ducked inside and backed to the bed then flopped. Jorge Grauwolf, what have you done to me? She put a hand to her chest and took breaths as deep as her corset would allow. It wasn't enough. Her vision went weak, causing the canopy over her bed to waver.

"Allow me," said the one person who could only make her situation worse.

She lifted her head from her bed's counterpane. He stood in her room by the open window. He'd removed his coat and vest, and his cambric shirt gaped to reveal his tanned, bared chest. A halo surrounded him.

He came to her in an instant. His large hands took her shoulders and rolled her. Sure fingers went to work on the hooks of her gown. In seconds, he had the stays of her corset loosened.
She fisted the bedspread and sucked a gulping breath. The room came into clear view. Bending her chin to her chest, she inhaled deeply until her head stopped spinning.

"Did l touch you?" he asked, his words clipped but quiet. "Is that why you said my brother was dangerous?"

"Absolutely not. What a question." She pushed against the counterpane, but her arms buckled.
The mattress sagged, and his cool fingers curved across the nape of her neck.

"How dare you?" she whispered, appalled by both her weakness and his audacity.

"How dare I come to your aide?" Humor laced his tone.

He was a rake. Only a libertine would steal, uninvited, into a lady's bedroom in the middle of the night. And where was his anger from a second ago? "You may be a nobleman, but you're no gentleman." She slapped at his hand and found the strength to push to a sitting position. "Get out!"