One girl has no idea she hold the power to save the huamn race, but to do it she'll have to confront a nightmare no one has ever survived. 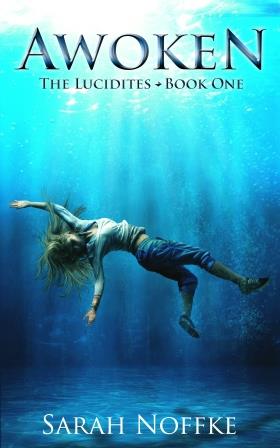 Around the world humans are hallucinating after sleepless nights. In a sterile, underground institute the forecasters keep reporting the same events. And in the backwoods of Texas, a sixteen-year-old girl is about to be caught up in a fierce, ethereal battle. Meet Roya Stark. She drowns every night in her dreams, spends her hours reading classic literature to avoid her family’s ridicule, and is prone to premonitions—which are becoming more frequent. And now her dreams are filled with strangers offering to reveal what she has always wanted to know: Who is she? That’s the question that haunts her, and she's about to find out. But will Roya live to regret learning the truth?

Ranked in top 20 for sales on Amazon for Sci-Fi Time Travel.


I wouldn’t believe any of this was real if it wasn’t for the two-inch gash in my arm. Still, denial has rented a room in my head and frequently stomps around slamming doors. I have never considered myself normal, but only now do I fully realize how extremely abnormal I am. That’s not the part I’m denying anymore. It’s my potential fate.

Now I have to do the one thing that feels impossible: focus. It’s difficult when my life has quickly turned into a mass of confusion. I force myself to shake off the distractions. The answers I seek reside in a place I can only get to if I let go.

With immense effort, I relax enough to concentrate. In my head, I see the dam. The concrete stretches out like a barrier, pushing the water away. I pay attention to the water, how it voyages down the spillway. Slow breaths intensify the meditation, giving it color and sound. I continue to visualize until I sense the change. It’s polarizing, in a good way. My body remains planted in the comfy bed while my consciousness dream travels. Now I’m racing through the silver tunnel—my transport to the other dimension. Adrenaline tastes like salt water in my mouth. And too quickly the journey is over, leaving me panting as I’m tossed into a vast space.

The tunnel deposits me at the edge of the spillway on a concrete embankment. A cursory glance behind reveals a calm lake reservoir; ahead the spillway plummets for a hundred feet or more before cascading into the lake. The moon overhead is full. Beside me is a woman.

“I was beginning to think you were lost again,” she says.

“I assumed you already knew my name.”