Ashes to Ashes by Greg Alldredge 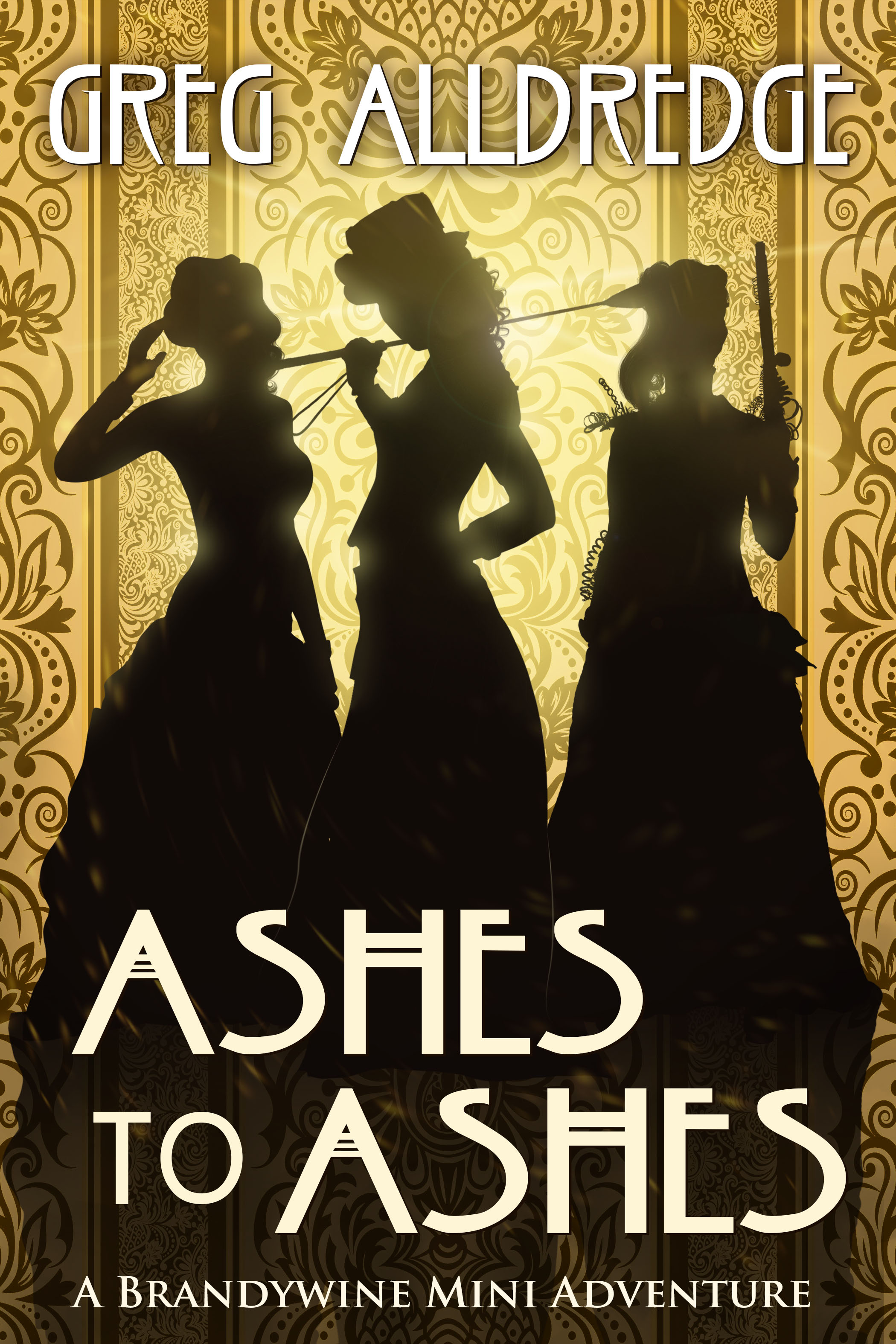 Set in the Helena Brandywine universe, this story is the third adventure of The Slaughter Sisters.

New York is alive with magic.

Deep in the heart of Chinatown the alleys hide a secret.

There’s a building that uses magic to mask itself from the mundane mortals that live around it.

A good friend asked the Slaughter Sisters to find a wayward fiancée. How far are they willing to go?

What new monster is tempting men, both young and old to their demise?

In Ashes to Ashes the Slaughter Sisters find an escapee from hell itself. Will they survive?


The series has been doing well in the steampunk cat. Released as a Hot new release and has been bouncing in and out of the top 100. I keep releasing other titles in this and a companion series.


Grace sat in a tree, not any tree, but a huge spreading oak that covered the large cat cages at the Central Park Zoo. Below her, two lions slept safely in their inner cage, as they should. It was a quiet night. Grace should be asleep not babysitting these elegant cats. They were big enough to take care of themselves. However, this was a paying job. The family needed all those available, no matter how silly.

The last two nights in a row, prized cats had escaped their cages. Not just escaped but disappeared from the zoo grounds. They found no sign of the animals anywhere in the park. The manager of the zoo was a creature, an Irish Selkie that hid in plain sight. He had become certain something supernatural or a creature was somehow involved.

Grace remained skeptical. Her sister Faith wasn’t convinced either, but the money spoke to them. Faith patrolled the grounds dressed as a guard for the protection payment. Chastity should be here to help them, her gadgets might come in handy on this happening, but she wouldn’t arrive by train until tomorrow afternoon.

Work like this always bored Grace to tears. While she waited, spells and thoughts of combining magic with other elements would slip past her thoughts. She was never a great experimenter like some witches; she considered herself more of an everyday conjurer. Grace would use her cold fire to great effect on everyday problems but never went above and beyond the easy spells. Her course in life discovered long ago, she decided not to be an influential witch but just to use her magic to keep her family safe while they hunted monsters.