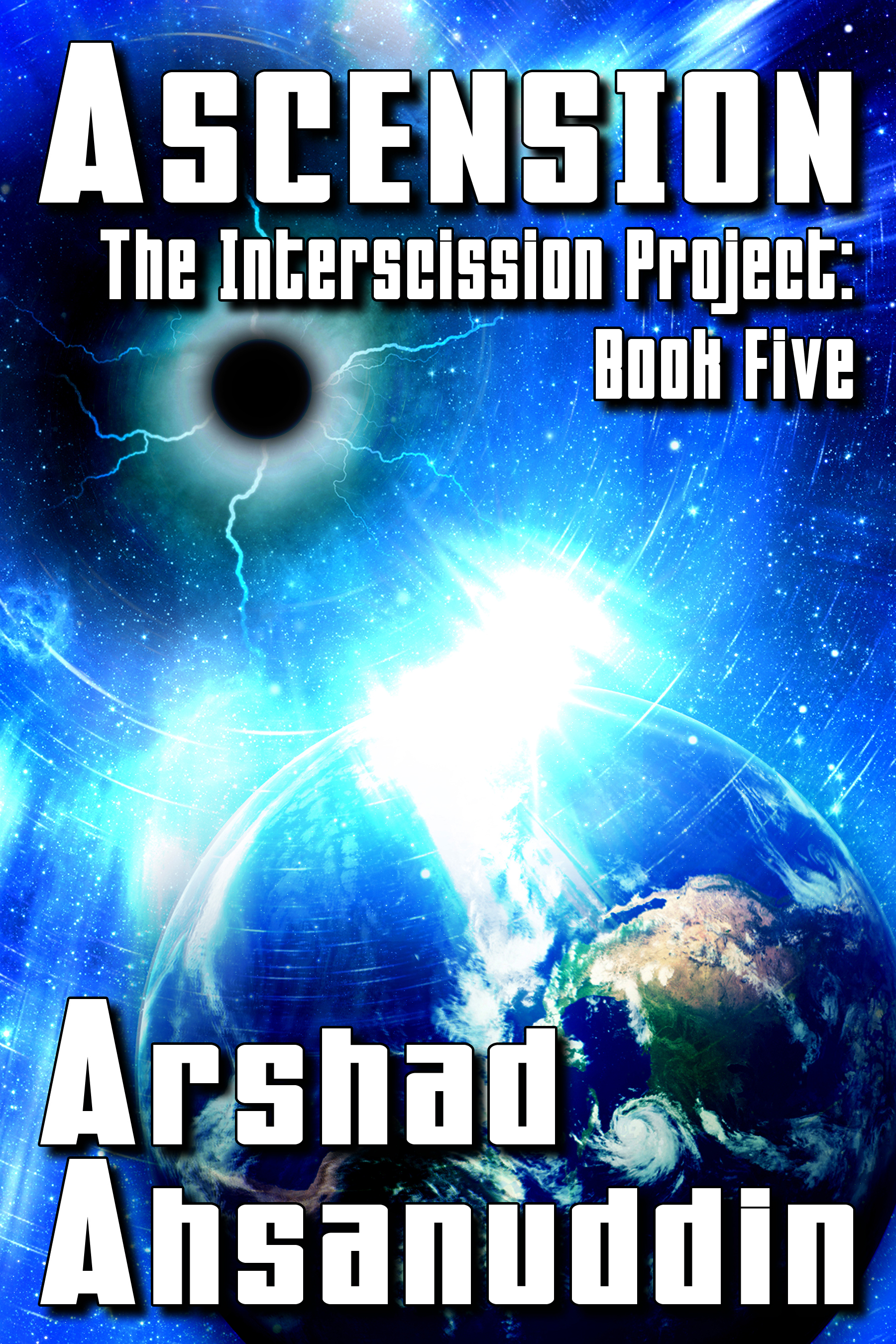 History is a Lie. One final battle will decide whether Humanity will survive to tell the tale.
Welcome, to the End of Days.

Jacob Atkins was eighteen years old when he lost his best friend, Mark. Since then, he’s tried to move on with his life, building a career in the Hourglass Corps. Then an unexpected convergence of events threatens to expose the Hourglass, and destroy everything they have tried to accomplish.
Martin Atkins thought he was perfectly happy as a relatively unremarkable Captain in the Confederation Marines, until a terse message landed in his inbox from a man he thought was the love of his life. Now, all the secrets his family has inherited are at risk, not only from humanity, but from an insidious threat that he has only glimpsed until now.
Calvin Teague has been Michelle Atkins’s obsession since the Janus Incident. But the fugitive traitor is much more than he appears, and at long last, all the misshapen puzzle pieces fall into place as the mystery of his role is finally unravelled, leaving her with no option but to wage a desperate war against the most implacable and terrifying enemy humanity has ever faced:
Its children.


Twelve-year-old Mark Connors reached out with a stick and poked the enormous bullfrog. It hopped, but not very far. He considered carefully his options, then whacked the stick against the water just behind it. The frog jumped almost a foot in surprise, before resuming its usual expression of boredom. Mark dropped the stick and raised his arms, doing a little dance. I am the champion frog-herder!

“Who the heck are you?” asked a hostile voice.

Mark turned to see two boys his own age, both with identical green-eyed scowls and floppy black hair. They were dressed in matching blue bathing suits, and the one on the left carried a couple of fluffy red towels.

Mark wasn’t impressed. “Who the heck are you?”

“I asked first,” said the first twin. And they were in fact twins, Mark saw. They looked identical in every way. Well, it will be interesting to figure out how to tell them apart at least.

“So what?” he said, striking an aggressive pose.

The other twin, the one who’d kept silent until now, stepped forward. “This is our pond.” Then he pushed Mark into the cold water. “No one gets to play here without our permission.”

Mark bobbed to the surface, sputtering. He glared at the second twin, and spit a mouthful of water in his face. Then he lazily paddled in a circle. “Then I guess I must have permission, since I’m playing in your pond.”

The dry twin looked at the wet twin. “He has a point.”

The newly wet twin stared at him. “I’m Marty, and this is Jake. And you’re going to pay for that.”