Apple Pie to Die For by Sharon Kleve

Marjorie’s apple pie is award winning, but is it worth dying for? 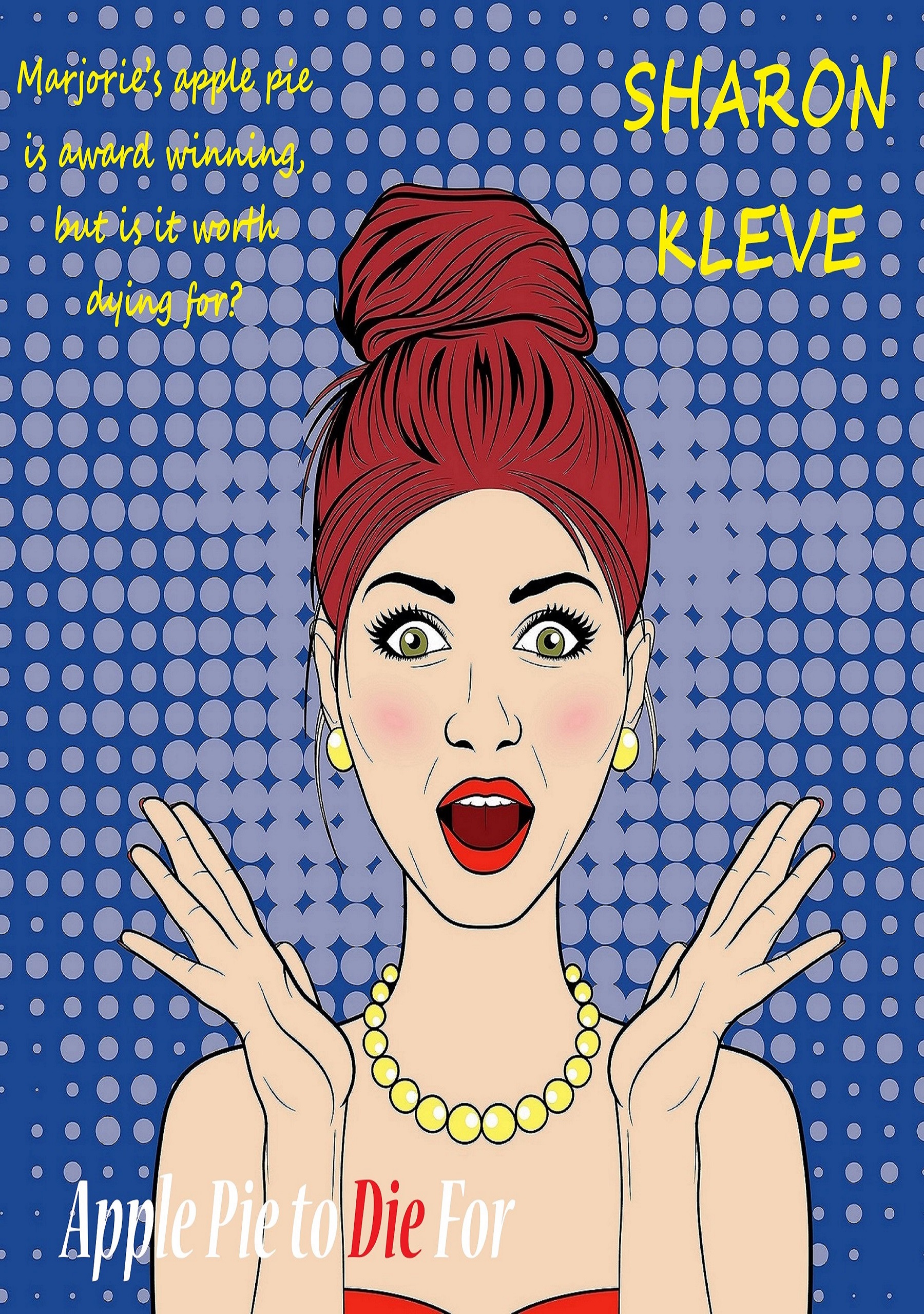 All Marjorie Vanhorn desires is to make people happy with her award-winning pies—and to be kissed by the delectable county medical examiner, Anderson Swift.

Marjorie’s nemesis is Eloise, the newly appointed county fair organizer, she is blackmailing contestants to get their award-winning recipes. She really wants Marjorie’s apple pie recipe, and if she doesn’t get it, she is willing do whatever it takes to stop Marjorie from winning more blue ribbons.

After being released, jailbird Vega disappears. Kelli and her son Joey are finally free of her physically abusive husband. Nobody misses him, not even his parents.

When Vance, Vega’s twin brother is released from prison, he heads for Marjorie's house where he suspects he might find his brother...and a little fun. Marjorie has no desire to be Vance’s fun.


It went on sale on february 6th and I have 1 review with 40 more reviews promised in teh next two weeks.


The thought of tasting Anderson overrode those thoughts and I felt my face flushed with desire. My breathing increased and my eyes wandered to his mouth-watering lips. I couldn’t stop daydreaming about what it would be like to be taken by Anderson on any surface including the floor, the closet, and especially in my four-poster queen size bed.

His stepped closer, took my face in his hands, and firmly pressed his lips to mine, he slid past my teeth to stroke my tongue, once, twice, again and again, until my hands were locked in the fabric of his shirt. We’d kissed before, but nothing as hot, urgent, and addictive.

With a husky sound, I released his shirt and wrapped my arms around his neck and gave him back the kiss taste for taste, and need for need. I wanted to be inside his skin, to wrap him around me, to sink into him until I forgot who I was, and of course my secret. My secret. I pulled away, took a deep breath, and put the counter between us.