Anatomy of a Ponzi Scheme: Scams Past and Present by Colleen Cross

Millions invest in Ponzi schemes everyday, only to lose everything when these schemes collapse. Learn how to spot a Ponzi scheme and keep your money safe! 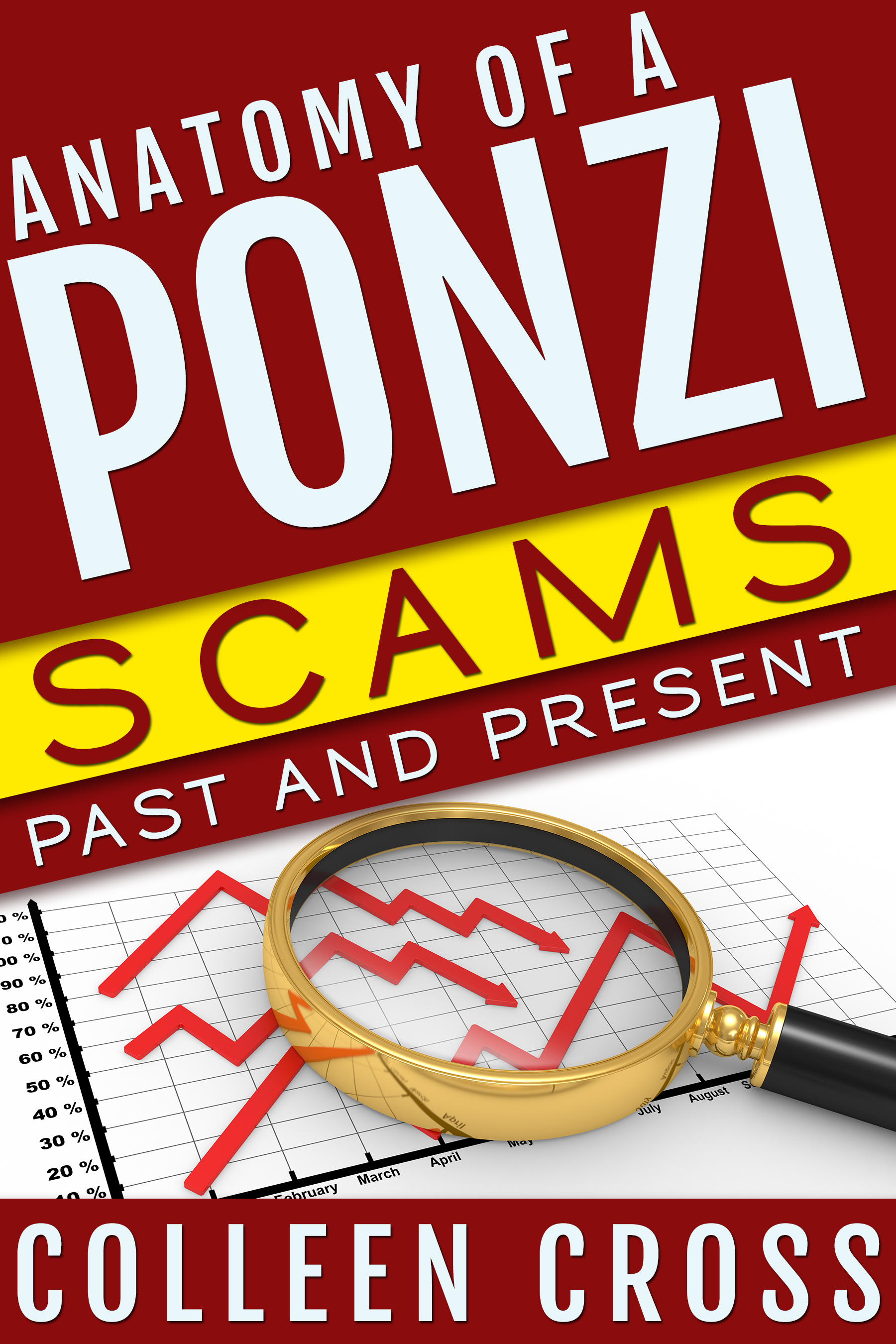 Most of the all-time 10 biggest Ponzi schemes collapsed during the 2008 financial crisis. Today's financial markets are even more volatile, exactly the right conditions to trigger a Ponzi scheme collapse. Unwitting investors will be financially ruined and be left with a worthless investment.

The next massive Ponzi scheme is about to collapse and it will dwarf Bernard Madoff's massive $50 billion fraud. It will also catch many experienced investors off guard. Will you be one of them?

You might be surprised to learn you are invested in one of these schemes already, either directly or indirectly as part of your mutual fund, pension fund, hedge fund or other investments. Many innocent victims suffered financial ruin simply because they didn't spot the Ponzi scheme red flags and warning signs until it was too late.

Knowledge is power, and by following a few simple steps you can protect yourself and your money.

You'll also discover exactly how Bernard Madoff, Scott Rothstein and others defrauded investors for years, and how they ultimately got caught. Get Anatomy of a Ponzi today to protect yourself and keep your investments safe.

Colleen Cross also writes action adventure, crime mystery thrillers and cozy mysteries that will keep you turning pages. Sign up for her twice-yearly new release email at www.colleencross.com so you don't miss any exciting new reads!


Anatomy of  a Ponzi appeals to readers of true crime, history and finance and the reader audience includes accountants, lawyers, law enforcement and general nonfiction readers. Its sells equally well in both paperback and ebook.  Many readers also go on to read my mystery/thriller titles.

Ponzi schemes fascinate people,particularly after they are in the news, such as the Bernard Madoff Ponzi scheme.  I believe the conditons are ripe for an even bigger Ponzi scheme collapse in 2016, and predict this in the book.


Charles Ponzi wasn’t the first Ponzi schemer, though he did lend his catchy name to this age-old fraud. Before Ponzi became a household word, this time-tested swindle went by other names. Shady characters have always practiced the art of deception to enrich themselves at the expense of others.

Since Ponzi’s scam in 1920, more than one hundred massive Ponzi schemes have been uncovered in the United States alone. That equals more than one per year, counting only the ones where the perpetrators were caught. Those discovered represent the tip of an iceberg in a sea of undetected frauds. Ponzi schemes are now more common than ever and on a financial scale that dwarfs Ponzi’s $20-million scam.

More than a few large Ponzi schemes are in play right now, operating under the radar and duping ordinary people like you and me. Many have operated unhindered for decades. When the next big one is finally exposed, it will dwarf Bernard Madoff’s massive $65-billion fraud of the century. The Ponzi schemes in this book appear complicated at first blush, but they are not. The illusion of complexity is an integral part of the fraud itself. Distill a Ponzi down to its essential ingredients and you will see how surprisingly simple it is to spot one.

A Ponzi scheme is a fraudulent investment scheme promising unusually high returns, often over a short period of time. The get-rich-quick promise is so attractive that even conservative investors find it impossible to pass up. Fantastic returns are the hallmark of a Ponzi scheme.

In reality, the profits investors are paid are just a return of their original investment, or the capital of later investors. The scam works as long as new money keeps flowing in. That money can be from new investors, but an integral part of most Ponzi schemes is convincing existing investors to re-invest their proceeds and ideally contribute even more.