Always My Viscount by Dawn Brower

Lord Warwick and Lady Estella must learn to trust each other again, and decide if love is powerful enough to conquer the evil thwarting their happy-ever-after. 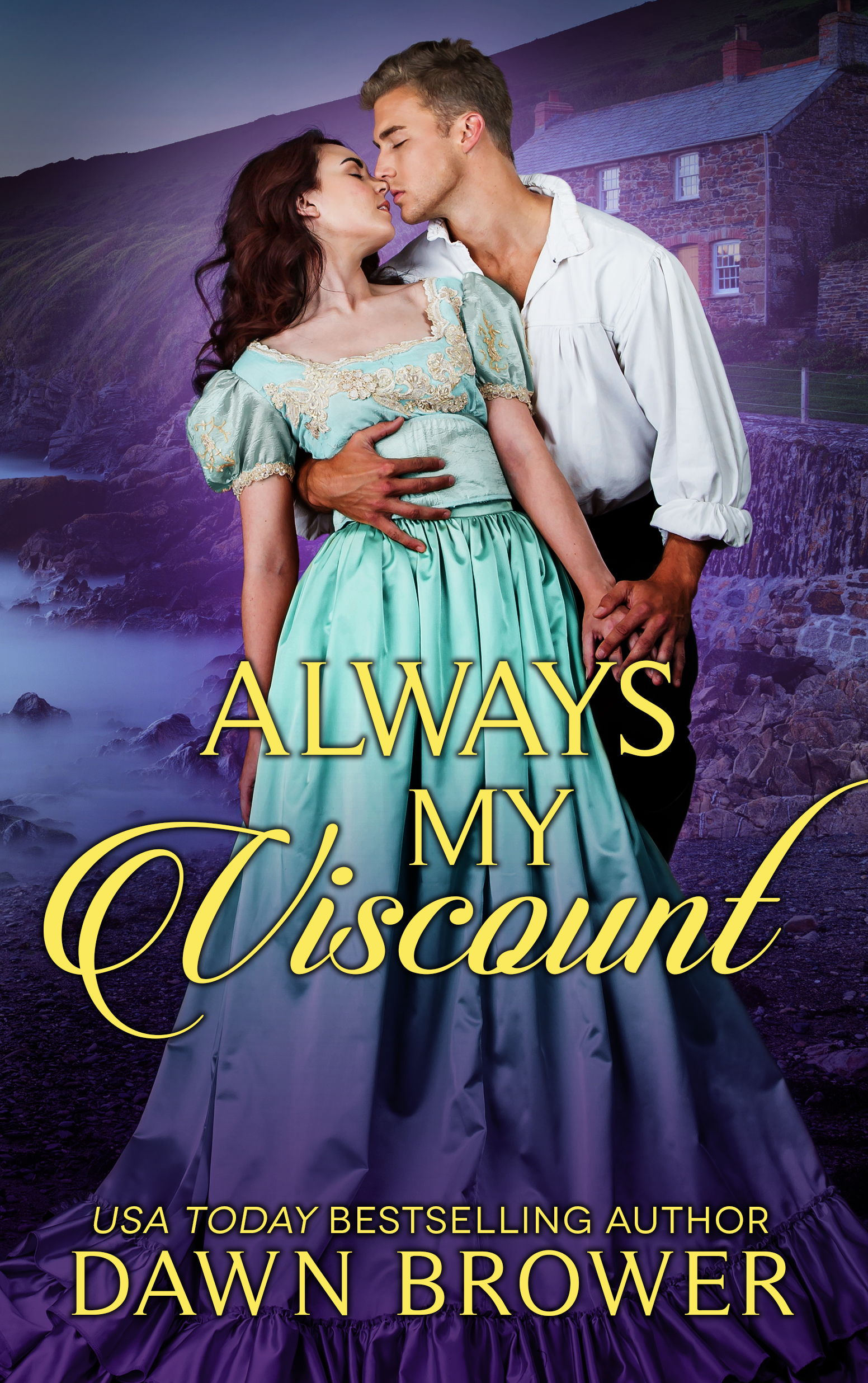 What if fairy tales are real?

Donovan Turner, Viscount Warwick is a charming reprobate. It’s all an act to cover the tatters of his broken heart. French brandy is his closest ally and he ensures it is always within reach.

Lady Estella Simms was forced into exile by her wicked stepfather without any means of support. With what little funds she has she takes on a venture no other lady would consider to survive—smuggling.

In a twist of fate, Donovan ends up as a stowaway on board Estella’s ship—too drunk to recall how, and shocked to find the one woman he’s always loved and also nearly destroyed him. Danger is close and they must rely on each other for survival. Lord Warwick and Lady Estella must learn to trust each other again, and decide if love is powerful enough to conquer the evil thwarting their happy-ever-after.


I am a USA Today Bestselling author and sell fairly well

Through the entire exchange, Estella remained quiet. It wasn’t like her, and it worried Donovan. Was something bothering her? Did she not want to see him? He had to find a way to get her alone soon and talk to her. Not because he wanted to ask her to marry him, but also because he was worried about her. She wasn’t acting like herself.

“Not now,” Donovan said. “I was hoping Lady Estella would dance with me.” The strands of the first waltz filled the room. “Will you?” he glanced at her, awaiting her reply.

She glanced at him and then away quickly. “I’m…”

“Oh, go dance with him,” Annalise said pushing Estella toward him. “One dance won’t hurt, and you can have a nice chat.”

What did that mean and what the bloody hell was he missing? Did Estella not want to dance with him? He wouldn’t hurt her for anything—surely she knew that... He’d rather stab himself in the heart then make her miserable in any fashion.

Estella glanced at Annalise then at him. Slowly, she lifted her hand and nodded. “It would be a pleasure, my lord.”

Donovan led her out to the dance floor. The dance had already begun, but they joined the other dancers seamlessly. He waited until they were fully engrossed before speaking. He wanted her to be comfortable, but her nervousness was exacerbated by the dance.