A Rogue to Remember by Chasity Bowlin 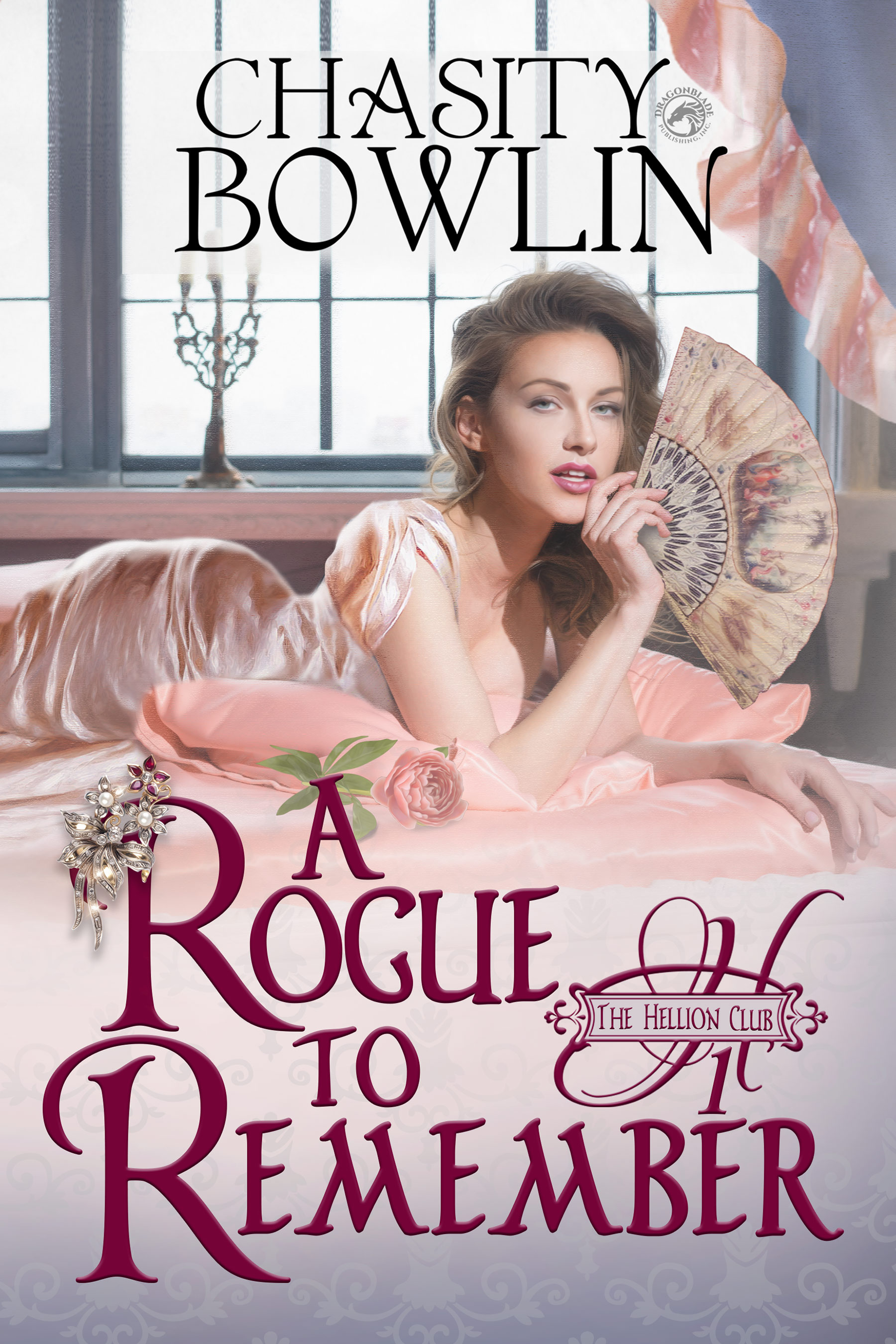 Welcome to Book One in "The Hellion Club", the nickname for the Darrow School, where miscreant noblemen send their illegitimate daughters to keep them out of sight, out of mind, and to make them employable.

It's propriety, secrets, and passion in this scorching new series!

Douglas “Devil” Ashton, Lord Deveril, was forced by his father to join the army and was exiled to India. It was punishment for all his many wicked, wild and reckless ways. While serving his country, the unthinkable happens at home. Devil’s sister is seduced by a fortune hunter and cast out by their father. By the time Devil returns to England, he’s too late to save her… but if he can obtain the right governess, one who specializes in working with children others have deemed unmanageable, he might be able to save his niece.

There is only one problem - no respectable woman would ever consent to be employed in the house of the Devil Lord. If she did, she’d never be able to be employed elsewhere again, as his very name is synonymous with ruin.

But Wilhelmina Marks is no ordinary governess. She’s a graduate of the Darrow School, an integral member of The Hellion Club, and a determined lady in her own right. Marina, Lord Deveril’s niece is a challenge… but not nearly as challenging as her uncle. He is all that they have said of him. Hedonistic. Rakishly charming. Too handsome by far. But also kind and perhaps a little broken. It’s that combination which draws Willa to him and makes him irresistible to her.

Willa and Devil must work together to keep the little girl safe... is it a recipe for disaster or a recipe for love?


A Rogue to Remember is book 1 in a Bestselling series titled The Hellion Club. A Rogue to Remember is written by USA Today Best Selling author and Winner of the 2019 Romance Through the Ages Award for Georgian/Regency Romance, Chasity Bowlin and is the author of multiple bestselling historical romance novels, both independently and with Dragonblade Publishing.

A Rogue to Remember still holds a very high rank on Amazon since its publishing debut in June 2019 sitting at 84 in the Regency Historical Romance catagory and 4,688 overall on Amazon.

This is one book and series you do not want to miss being apart of!

Wilhelmina Marks was seated in the drawing room of a posh townhouse on Park Lane that faced the lush greenery of Hyde Park. The clock on the mantel ticked, marking the hour as half-past one. Late. Very late, she decided. It was not a good sign.

Her gaze traveled about the room as she waited. She had studied enough art during her rather remarkable education at the Darrow School for Girls to know that she was in the presence of very fine pieces, indeed. One appeared to be an actual Titian. If it wasn’t, it was certainly a very good copy. She might well have been wasting her time, but at least she had impressive things to look at. Cutting her gaze to the side, she attempted to study it surreptitiously. So intent upon her task was she that when the door opened and her prospective employer walked in, she didn’t even notice.

“It’s the genuine article. Or so I was told. If not, well… it wasn’t my mistake to purchase it. It was my great grandfather’s and we don’t seem to be missing the coin overmuch.”

He wasn’t very punctual but the Devil Lord was in possession of rather catlike grace, Wilhelmina thought as she rose to her feet. She allowed her eyes to drift from the Titian to the man who had just entered the room. Not for the first time, she thought she might have made a terrible mistake in coming there.

His dark hair was mussed. In fact, all of him was mussed. Yet he still rather took her breath away. Her gaze was drawn to the dusky hue of his skin, sun-bronzed despite the fashion of the day for a paler complexion. It was a testament, she supposed, to his longstanding exile to more exotic locales. His clothing, despite his untidy appearance, was excellently tailored and fit his frame with precision.