A Ray of Light: Reinhard Heydrich, Lidice, and the North Staffordshire Miners by Russell Phillips

Please do not offer to translate this book. I am not currently looking for translations. 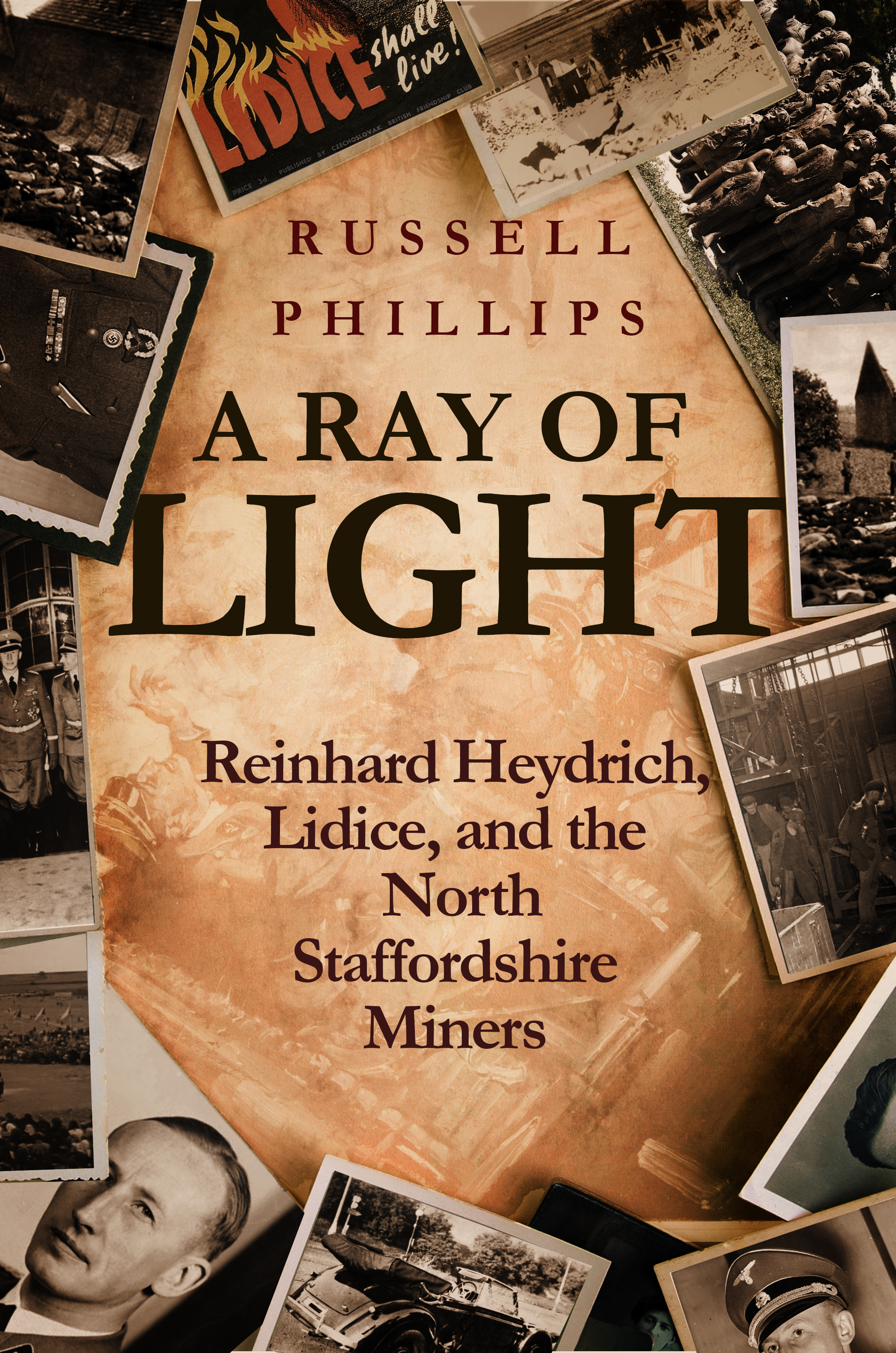 This is the inspiring true story of what happens when ordinary people unite to make a stand against evil.

Lidice was a peaceful and vibrant community in Czechoslovakia with a rich mining heritage. But an act of Nazi revenge saw this village wiped from existence in a horrifying chapter of European history.

Disaster struck for Lidice in 1942 when the prominent Nazi official Reinhard Heydrich was assassinated. Described by Hitler as "the man with an iron heart", Heydrich was one of the key architects of the Holocaust.

His death, after an attack by members of the Czech resistance, left Hitler furious and desperate for vengeance. Looking for a scapegoat to blame for Heydrich's death, he settled on the village of Lidice, which had been falsely linked to the assassination.

In a brutal act which shocked the world, Lidice was completely destroyed. The men were shot while the women and children were rounded up and sent to their deaths in Nazi concentration camps.

Hitler was determined that by the time he had finished, no one would even remember Lidice, let alone live there. What he hadn't reckoned on was the efforts of a group of campaigners in Britain, who resolved to make sure Lidice would never be forgotten.

A Ray of Light tells the tale of Lidice's downfall and what happened next. Would the village simply be allowed to become a footnote in history, or would it rise from the ashes and forge a new future?

This book is a compelling testament to the power of friendship and solidarity, and how empathy and compassion can help rebuild the world.


Reinhard Heydrich was born on 7th March 1904. A persistent, though untrue rumour held that his father was Jewish. After being widowed, Heydrich’s grandmother had married a man named Süss. Süss wasn’t Jewish, but it was a common name among Jews, leading many to assume that he had Jewish ancestry. Even before the Nazis rose to power, anti-Semitism was rife in Germany. Consequently, the rumour caused problems for the Heydrich family.

In 1919, the fifteen-year-old Heydrich joined the Märacker Freikorps, a right-wing paramilitary group formed to fight against revolutionaries. Later, he and his father joined the Halle volunteers, a home defence group. Heydrich also joined the nationalist and anti-Semitic Deutscher Schutz und Trutzbund.

In March 1922, Heydrich joined the navy as an officer cadet. Unfortunately for him, another cadet from Halle passed on the rumour of his Jewish ancestry. This earned him the nickname “blond Moses”. Despite this, he secured promotion and received good reports. He worked in signals and learned English, French, and Russian.

In 1923 and 1924, Heydrich served on the SMS Berlin, where Wilhelm Canaris was the first officer. The two men struck up a friendship, and Heydrich was a frequent guest at Canaris’ house. Heydrich appeared to be set on a future in the navy. By the time he proposed to his future wife, Lina von Osten, in December 1930, he had been promoted to first lieutenant.