A Proposal of Marriage by Cheryl Bolen

Bookish spinster enters loveless marriage with an earl who needs a mother for his children--and who desires to awaken the spinster's hidden passions. 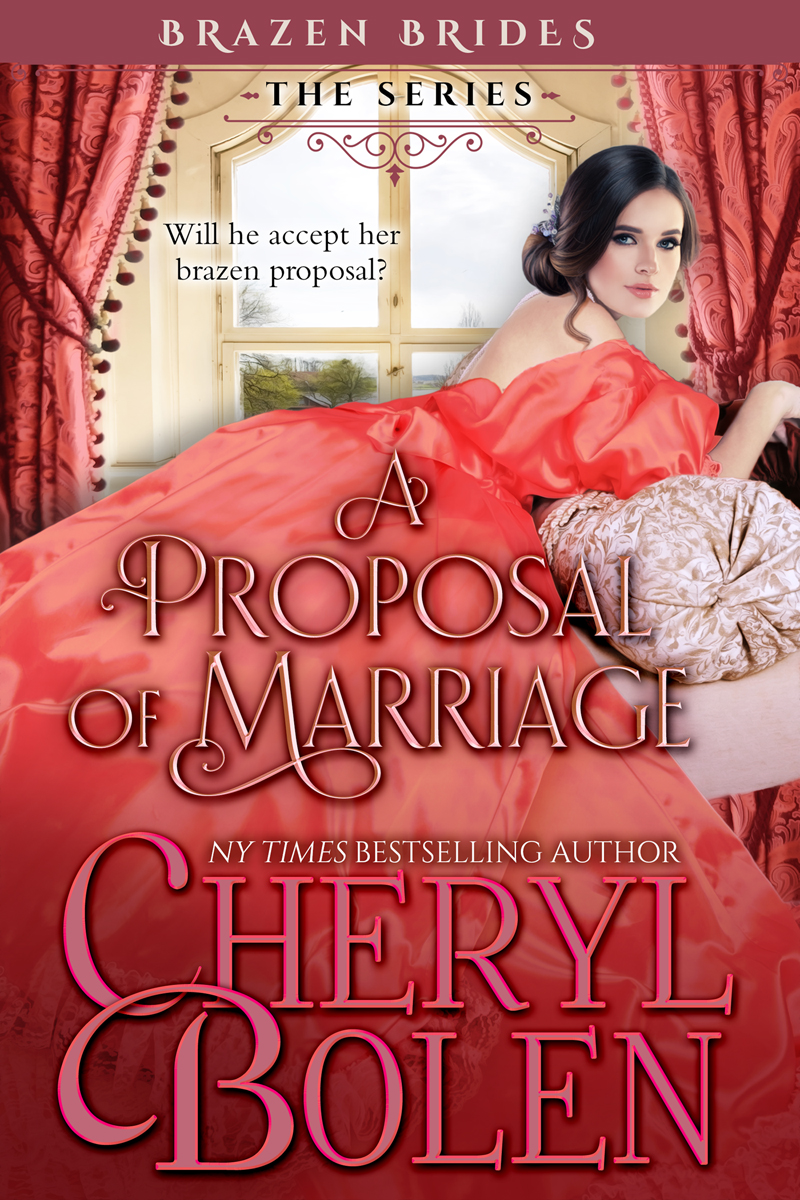 The bespectacled, very bookish Miss Rebecca Peabody, who pens enlightening essays under the name P. Corpus, simply must marry. Since she abhors that disgusting “bedchamber business,” she decides Lord Aynsley is the perfect man to become her husband. At the advanced age of three and forty, he surely has gotten that repellant bedchamber business out of his system.

For reasons quite unknown to her, he accepts her bizarre marriage proposal, though he assures her a chaste marriage is NOT what he has in mind.

John Compton, the Earl of Aynsley, needs a wife to see to his brood of seven motherless children, a wastrel ward, and an uncle with a most peculiar habit. But he’s not interested in the way-too-young Miss Rebecca Peabody . . . until he discovers she is the brilliant P. Corpus who writes political essays with such passion, a passion he vows to unleash. Thus he embarks on the adventure of his life . . . that of tutoring his young wife in the ways of love.


I have been a bestseller (USA Today and New York Times) and an Amazon All Star multiple times.


Miss Rebecca Peabody pulled off her spectacles and jammed them into her reticule. Though she abhorred going without them (due to her inability to see), she had decided just this once it was necessary. One who wished to persuade a virtual stranger to marry her must, after all, make every effort to look one’s best.

The hackney coach slowed in front of Lord Aynsley's townhouse. With her heart pounding prodigiously, Rebecca drew a deep breath as the driver assisted her from the carriage. She paid him, glanced up at the impressive four-story townhouse, then climbed its steps and rapped at the door’s shiny brass plate.

She felt rather like a convict standing before King’s Bench as she waited for someone to respond to her knock. Soon, a gaunt butler with a raised brow opened the door and gave her a haughty stare.

"Is Lord Aynsley in?" she asked in a shaky voice. She had particularly selected this time of day because she knew it was too early for Parliament.

The servant's glance raked over her. Her absence of breasts—at least large ones—must have convinced him she was no doxy. (Weren't doxies always possessed of large bosoms?) But he still must believe her a loose woman because no proper lady would come to his lordship's home unescorted. She could hardly have brought Pru with her today. One simply did not bring one’s maid when one wished to propose marriage.