A Night with Werewolves by K. Matthew

The fourth installment in a werewolf series 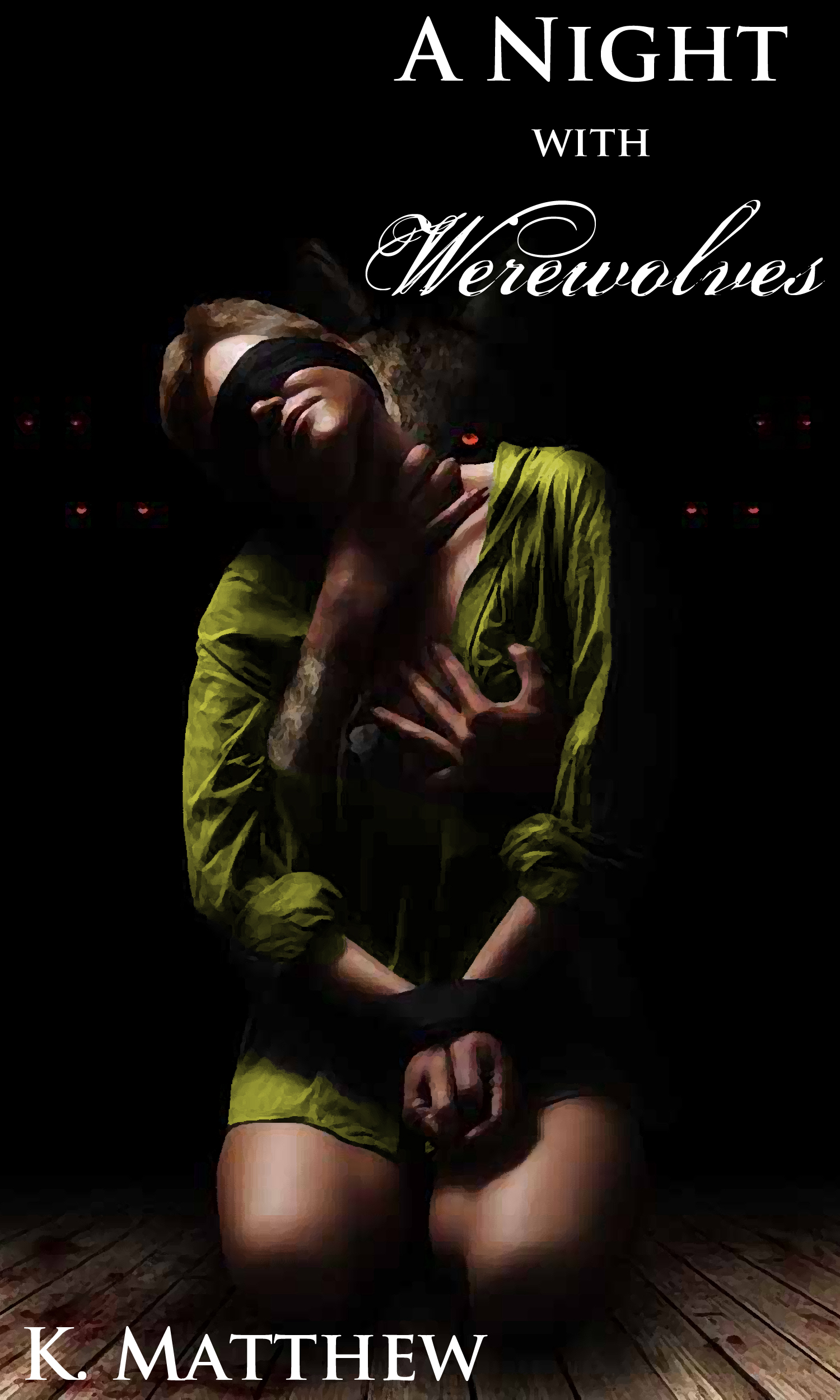 A dangerous man. Life changing consequences. A different side of the story.

Taya has landed herself in big trouble by becoming the captive of the lone wolf Rex. The consequences of her actions are life changing. Now, Taya has a new set of obstacles to face as she works on finishing up her report with a changed outlook on the werewolves' plight.


Everything was dark. While I knew I should be frightened, I somehow wasn't. My eyes were blindfolded, and my hands were fastened in front of me with a length of black cloth. Rex hadn't twisted it around them very tight, perhaps not wanting to leave marks.

Surely, he couldn't keep me captive for long. If I didn't return for dinner time, the werewolves would start wondering where I was and send a search party out after me. Compound staff would be at Rex's doorstep in a matter of hours. I was fairly certain I could expect a safe release. Then again, I didn't know this man at all. Who could really tell what his intentions were?

“I don't much see the point of a blindfold since I know who you are,” I told Rex.

“You'll want the blindfold, trust me,” he said in a low voice.

The implications of his words made the first real shiver of fear roll through my body. What was so bad that I couldn't see? Or, did he plan to . . .

“The same thing you want with me. To bring awareness to the lycanthropy disease.”

“Holding me hostage isn't going to make a strong case for werewolves.”

“I don't plan to hold you hostage.”

“Then what do you plan to do with me?”

“I plan to bring the issue a bit closer to home.”

“What's that supposed to mean?”

My breath hitched as Rex lifted up one of my feet, working to remove my sneaker. At first, I had no idea what he planned to do, but when both shoes were off, and he pushed me onto the bed to pull down my pants, my heart began to pound against my chest with a fierceness I had never felt before.