A Mind to Kill by John Nicholl 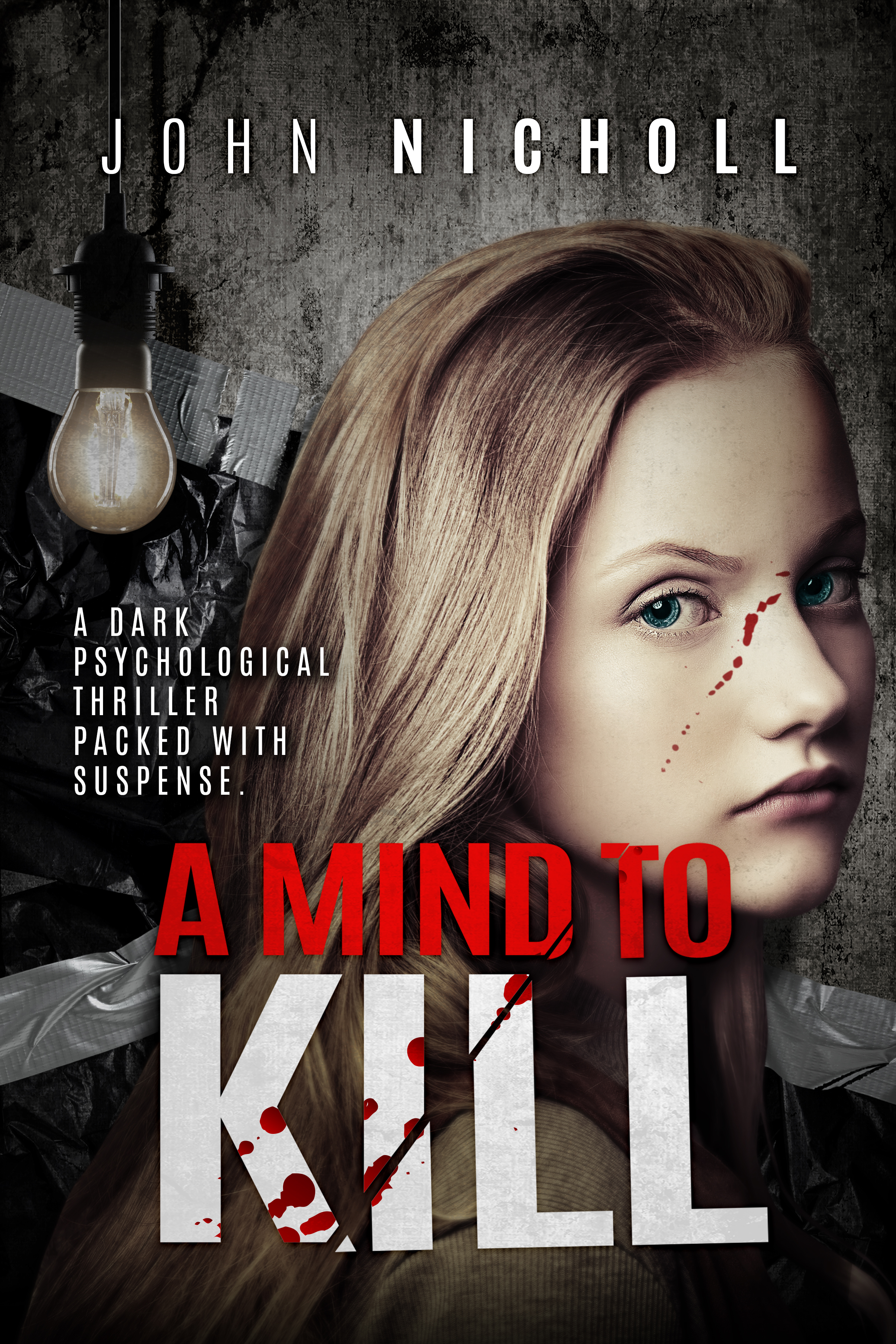 The hunters become the hunted.

When Rebecca's childhood abuser avoids prosecution, it sets her on a path to revenge, revenge on any man who preys on the innocent. Twenty-three-year-old Rebecca poses as a child online and sets her trap, luring one predatory paedophile after another to their deaths. When a man's severed head is found washed up on a windswept estuary beach, the police begin their investigation.

The internationally bestselling author of White is the Coldest Colour is back with an electrifying psychological thriller packed with suspense.

Brilliantly gripping, A Mind To Kill will have you hooked from the very first page and holding your breath to the heart-racing and shocking ending.

What people are saying about A Mind To Kill:

‘This book is perfection. A brilliant, searing, page-turning story. I loved it!’ Renita D’Silva - Bestselling author

‘A gripping psychological thriller that you just can't put down.’ Angela Kay’s Books

‘It chilled me to the core.’ Book Reviews To Ponder

‘Don’t miss out on this gripping page-turner of a psychological thriller.’ Goodreads

‘A very dark psychological thriller fraught with tension and the sense of evil radiating from the pages.’ The Book Revue Cafe

‘This is an author who likes to write and jump just a little over the edge to keep his readers gasping.’ Read Along With Sue

‘Packs a punch between the eyeballs that will keep you reeling all the way to the end.’ Ann Girdharry - Bestselling author

‘Brilliant, emotionally charged story telling that will leave readers on their edge of their seats until the very last page.’ Tome Tender Book Blog

‘Another superb read by John Nicholl.’ Cheekypee Reads And Reviews

‘It will certainly chill you to the core.’ By The Letter Book Reviews

‘A Mind to Kill will steal some of the best reading hours of your life!’ Cheryl’s Book Nook


My debut novel, White is the Coldest Colour, was published on 7 April 2015. It entered the Amazon UK top 100 bestsellers chart after just 15 days, reaching # 1 in British Detectives and Vigilante Justice. It also reached # 1 in British Detectives and Psychological Thrillers in France, # 1 in British Detectives and Psychological & Suspense Thrillers in Spain and # 1 in British Detectives and International Mysteries and Crime in Australia, where it reached # 10 of all books in the Kindle store. The audiobook entered the Audible UK top 60 bestseller chart at # 33 within 24 hrs of publication. The book will be published in German, Spanish, Portuguese, French and Italian in the next eighteen months.
When Evil Calls Your Name, was published on 31 December 2015, and reached # 1 in Biographies and Memoirs of Women in the UK, # 1 in Biographies and Memoirs of Criminals and International Mysteries and Crime In Australia, # 1 In Noir Mysteries and Thrillers in Canada, and # 1 in Violence in Society in the USA.
Portraits of the Dead, was published on 1 September 2016 and quickly entered the Amazon UK top 100 bestseller chart, reaching # 1 in Welsh Crime, Noir Thrillers and Kidnapping Crime Fiction. It also reached # 1 in Noir Thrillers in Canada. The novel will be published in Hungarian by Konyvmolykepzo in the near future.
A Mind to Kill was published on 5 August 2017. It reached # 32 of all books on Kindle in Canada, # 1 in Psychological and Suspense thrillers, and was also a category # 1 bestseller in Austrailia.
I have sold around 90,000 ebooks and over 2,200 audiobooks since May 2015.
I have been awarded four Amazon UK All-Star Bonuses for being one of the most read authors on Kindle for the particular months.

Detective Sergeant Gareth Gravel sat back in the driver’s seat of his West Wales Police Mondeo and stared at the Smith family’s front door for almost five minutes before finally exiting the vehicle. Delivering bad news was never easy. He’d seriously considered delegating the task to one of the force’s new-fangled touchy-feely family liaison officers for a time, but he’d eventually decided that it was something he had to do himself. He was a DS now, and rank carried responsibilities as well as privileges. It was his case, his failure and, like it or not, he had to man up, say his piece and face the inevitable shitstorm coming his way. Best get it over with and get out of there just as fast as his size tens could carry him.

Grav, as he was known by all in the force, took one last drag on his cigar before throwing the glowing butt to the floor and grinding it into the gutter with the heel of a shoe that was badly in need of polish. Come on, Grav my boy, let’s get this done. He’d be in the rugby club with a pint of best bitter in one hand and a set of darts in the other before he knew it.

A small part of him was hoping he wouldn’t receive an answer as he walked down the concrete driveway, approached the front door and knocked with gradually increasing force. But, all too soon, a naked bulb bathed the hall in a depressing yellow hue and a man in his mid-thirties, who he immediately recognised as David Smith, stood facing him.