A Love with Werewolves by K. Matthew

The sixth installment in a werewolf series 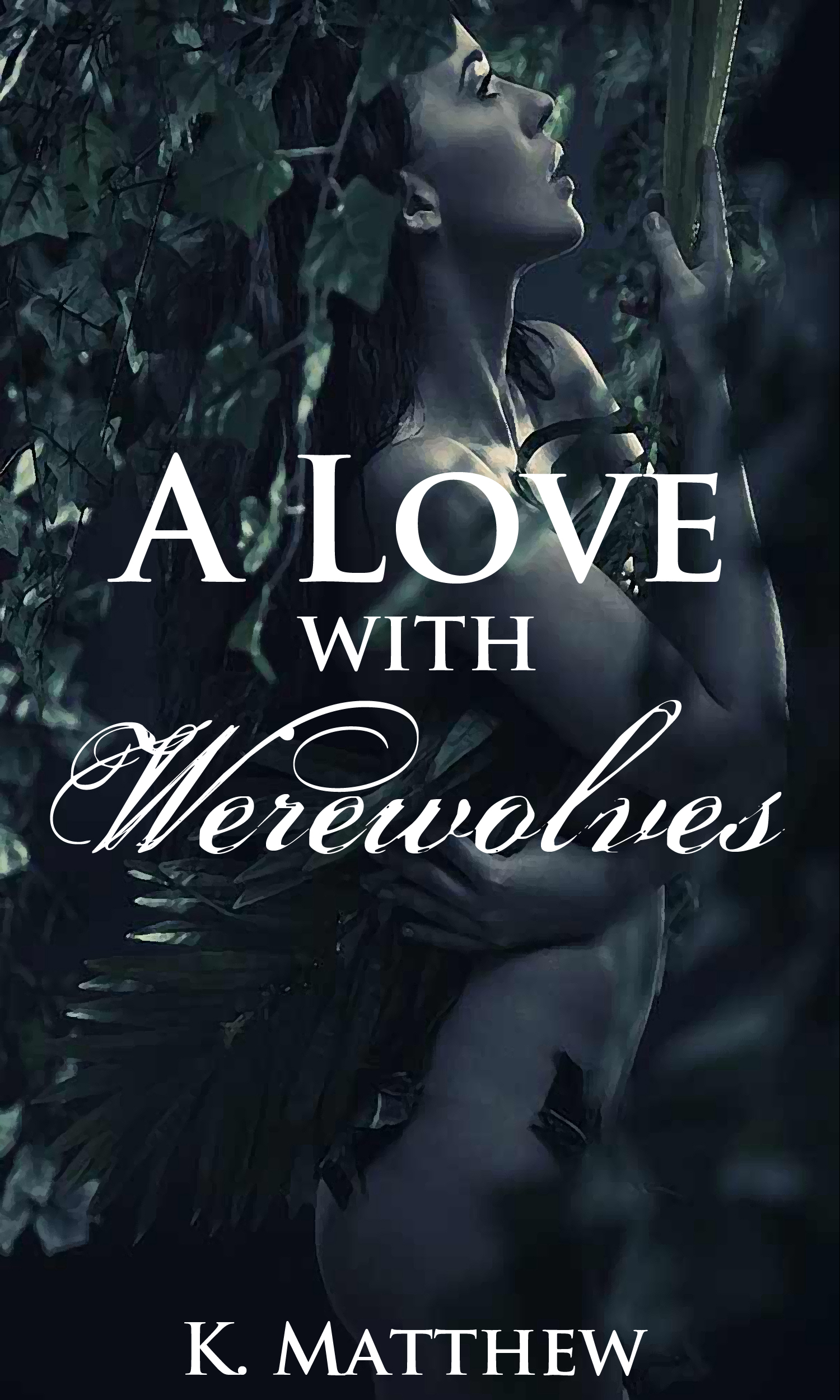 For lone wolf Rex, surviving has always been a game of one. When a sense of obligation pairs him with the woman whom he turned into a werewolf, neither one of their lives will ever be the same again.


When they came for me, I was eating a meager meal of two strips of jerky, a tomato from the garden, and some chewy dried berry that tasted like sweet rot. The ATVs could be heard from several yards away, maybe even a mile into the forest. I had never been a good judge of distance.

They were coming to take me back to the base of the Blackfoot Werewolf Reservation, and for a moment, I thought about cooperating. It had been a while since I'd had a decent meal. What I wouldn't give for a proper bed too?

My moment of desperation was fleeting though. If I returned with them, Emmett would have his way with me, and he would likely not be very nice about it. That thought alone spurred me to take my scraps of food and stow myself away in the cabinet.

After a few knocks on the door, I could hear it creek open, the compound staff entering as if they had every right to be there. I held my breath, trying to stay as silent as a shadow while they approached.

“You don't think she's out in the forest, do you?” a man's voice asked, seeming aggravated.

“Did you see her when she was touring the compound?” the second person, also a male, asking incredulously. “She wouldn't last a day on her own in the forest.”

“Well, she's got to be somewhere.”

“Look under the bed.”

There was a rustling noise and then a sigh of defeat. “No, not under there. Where could she be?”

“You don't suppose she died, do you?” the voice was uncertain.

“Who knows?” the other one said with exasperation. “It would serve the stupid bitch right for running off like that.”

“Yeah. These werewolves can be a real pain in the ass sometimes.”

“Sometimes I think it would be better if they just put them all down. Would make our job easier.”