A Love Such as Heaven Intended by Amanda Lauer

Budding Civil War socialite Josephine Bigelow intends to make a name for herself as an investigative reporter covering the plight of Confederate prisoners, little did she know a prisoner she would encounter is her first love Michael McKirnan. 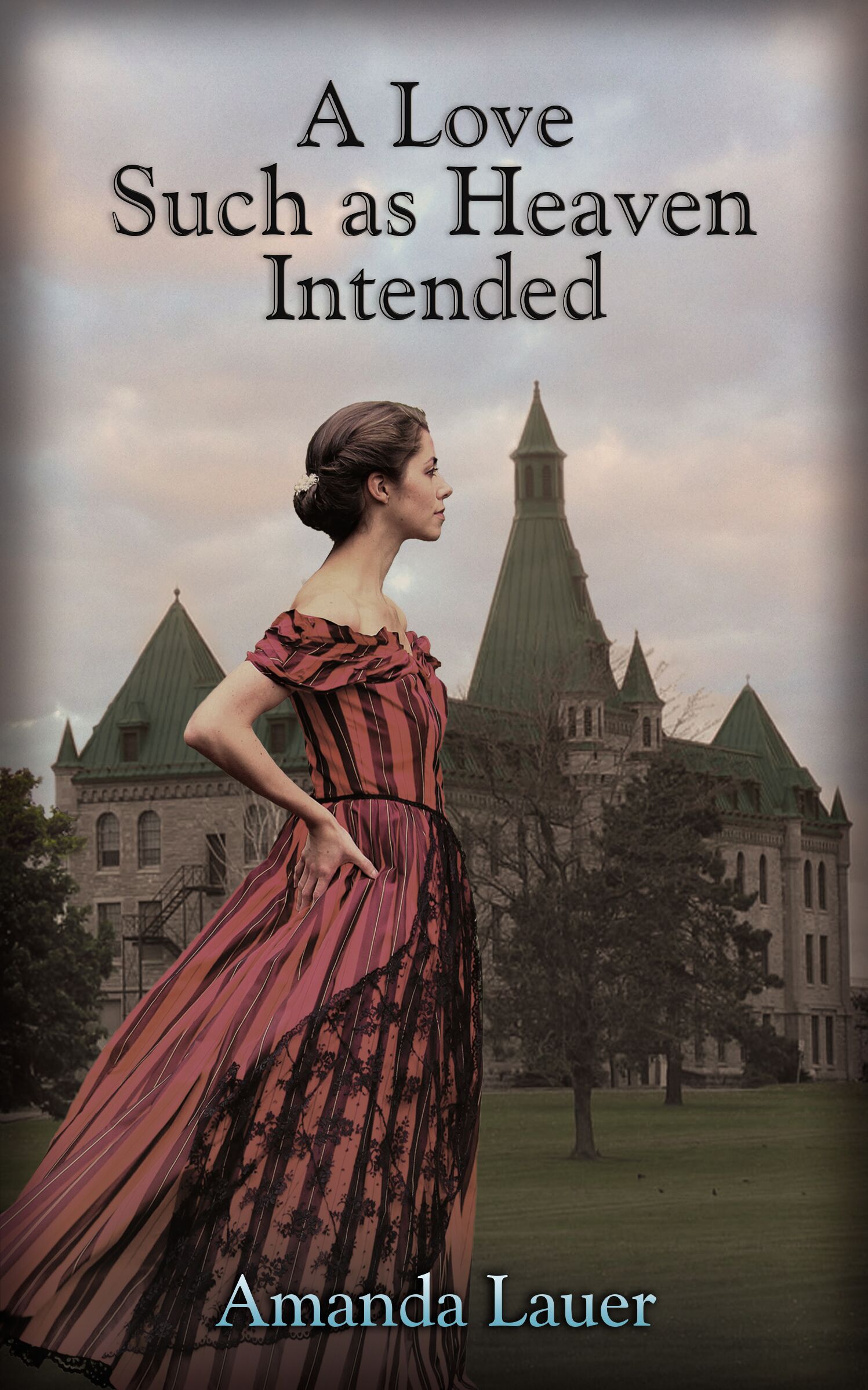 In A Love Such as Heaven Intended, budding Civil War socialite Josephine Bigelow is inspired by the words of Louisa May Alcott to make a name for herself as an investigative writer covering the plight of Confederate soldiers held in Federal prisons. Little did she know that one of the inmates she would encounter was her brother’s roommate from West Point Military Academy.

Even though her father is a Union brigadier general, Josephine’s infatuation with the handsome Confederate soldier Michael McKirnan is rekindled. As captivating as Josephine is, the last thing Michael needs is to entangle that beauty into his life of intrigue. The strong-willed Josephine will not be deterred and their lives become intertwined as they embark on a journey of a lifetime, trying to stay one step ahead of the military and a madman bent on revenge. As they journey from Washington, D.C., to St. Louis, Atlanta, and finally East Texas, the two of them discover what love, faith, compassion and loyalty truly mean.


A Love Such as Heaven Intended is the third book in the Heaven Intended trilogy which has had more than 20,000 copies sold or dowloaded since the first book came out in 2014.


“Miss Josephine, time to get up.”

“It’s so early,” Josephine complained, before pulling her pillow from under her to head and plopping it over her face. Who in their right mind schedules anything before ten o’clock in the morning? she grumbled to herself. Was it actually plausible that the wash house was busy every day of the week? How could there possibly be that much clothing to launder?

“Miss, the cook is frying up side pork,” said Cecilia in a conspiratorial tone. Josephine slid the pillow down and sniffed the air. “And I told her to save the crispiest piece for you.”

“Fine,” said Josephine begrudgingly. She tossed the pillow aside and rolled out of bed. Was there perhaps a chance that she could volunteer only two days a week instead of five?