A Day with Werewolves by K. Matthew

The third installment in a werewolf series 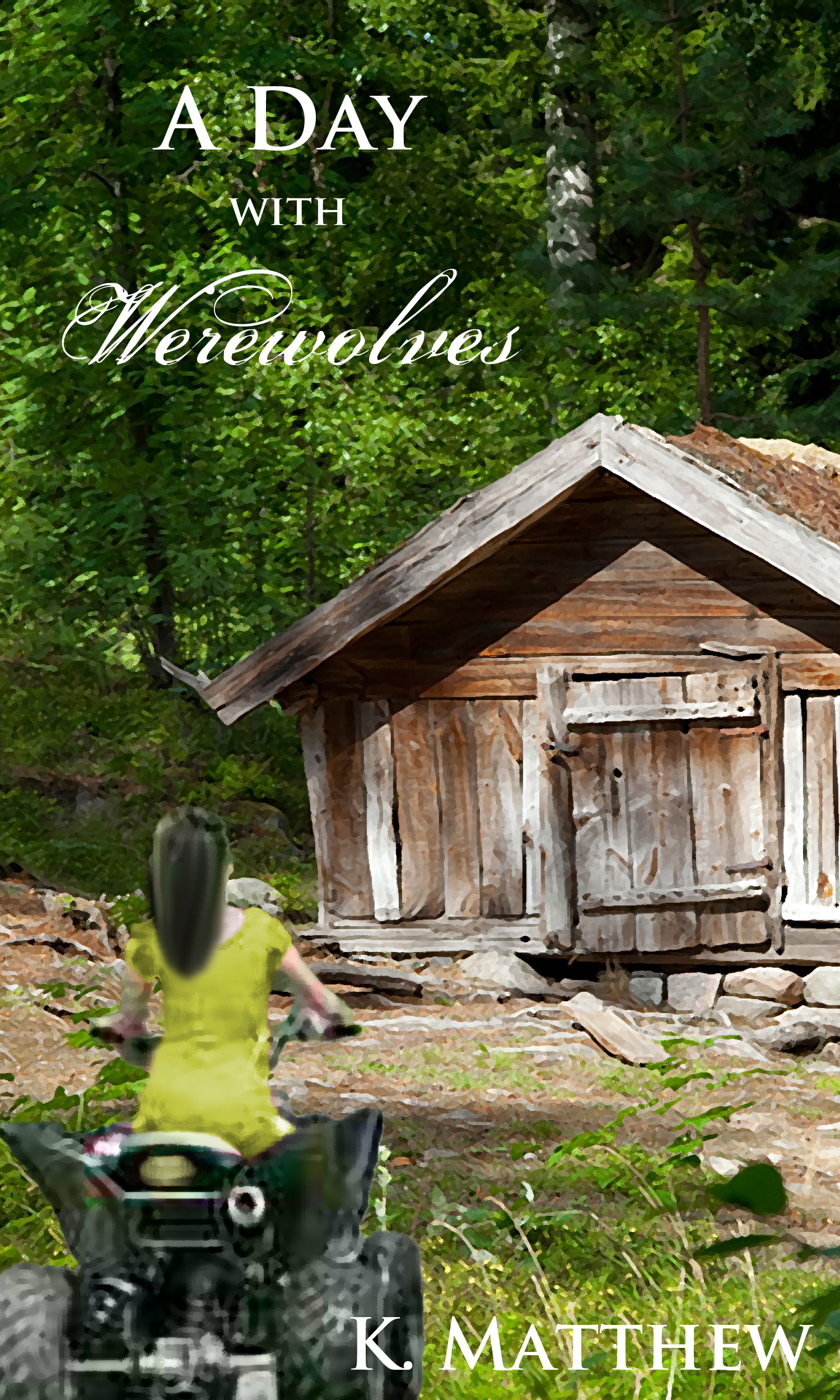 A test of intelligence, skill, and strength. A less than seductive tease. A journey into the unknown.

Taya Raveen is forced to compete in the hierarchy trials to determine her rank in the pack. Her placement in the trials may surprise her, as well as the advance of the werewolf whom she's had her eyes on.


The Blackfoot Werewolf Reservation was abuzz with excitement about the upcoming hierarchy trials. Never before had I heard or seen so much activity outside of my suite. Compound staff walked to and fro, setting up booths for the trials. Armed guards stood sentry at the main gate while the staff carried their supplies inside of the reservation.

There couldn't possibly be a better time to mount a mass escape. It was a treacherous thought though, and one I definitely would not be bringing to the attention of the werewolves. Besides, the open gates were so tempting that I imagined someone had to have tried it before.

Promptly at ten o'clock in the morning, I was required to go to the recreation room to have my weight taken. It seemed like a funny thing to have to do for the trials, but I was sure that it would factor in somehow. Thankfully, they weighed us behind a room divider so that the other contestants couldn't see our weight.

Most of the female werewolves were fit. While I had lost some weight since being inside of the reservation, I still felt that I had a little more padding then a lot of them. Hopefully, it wouldn't work against me.

I half expected Chris to show up on my doorstep before the trials, letting his social anxiety take over and needing me by his side for support, but he never came. Surprisingly, neither did Devon. The hierarchy trials must be keeping everything occupied. Since it was considered a holiday for the werewolves, most of them had it off of work. Perhaps even Devon managed to escape his duty of being my guide for the day.