A Damn Close-Run Thing: A Brief History of the Falklands War by Russell Phillips

Please do not offer to translate this book. I am not currently looking for translations. 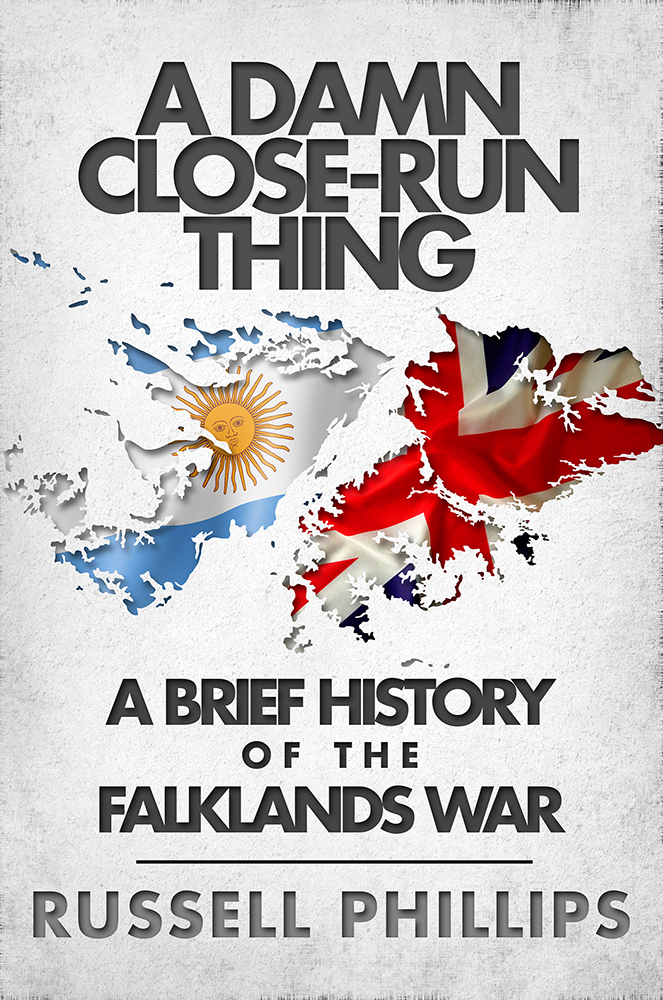 “It was a damn close-run thing”
— Major-General Moore, commander of the British land forces in the South Atlantic

In 1982, the average Briton didn’t know the Falkland Islands existed, let alone their status as a disputed British territory just off the coast of Argentina. That changed when the Argentinians invaded the islands and overwhelmed the small defending force. Both nations claimed the islands were theirs, but now Argentina thought the British would give them up without a fight.

Britain sent a task force into the South Atlantic to re-take the islands, and the short, intense war that followed was–in the words of Major-General Sir John Jeremy Moore–”a damn close-run thing.”

This short history sums up the events leading up to the war and its major military actions including details of an Argentinian plan to sink a Royal Navy ship in Gibraltar harbour (foiled at the last minute by Spanish police) and an audacious British plan to land SAS soldiers in Argentina to destroy Exocet-carrying aircraft while they were still on the ground.


To properly understand the 1982 Falklands War between Argentina and the United Kingdom, it is useful to have some understanding of the historical context.

The dispute between the UK and Argentina over sovereignty of the Falkland Islands dates back to 1816, when Argentina declared its independence from Spain, which had previously claimed sovereignty over the islands. In 1945, Argentina brought its claim to the newly-formed United Nations, thus raising international awareness of the issue. The UK offered to take the matter to mediation in the International Court of Justice in the Hague in 1947, 1948, and 1955, but Argentina declined the offers, saying that the court did not have jurisdiction to rule on the matter. The UK unilaterally submitted the case to the court in 1955, but the case was removed from the court's lists the following year, after Argentina stated that they would not accept the court's decision. Also in 1955, Argentina set up a small station named Teniente Esquivel on Thule, one of the South Sandwich Islands, but this was evacuated a year later.

In 1964, the United Nations passed a resolution calling on the UK and Argentina to find a peaceful resolution to the sovereignty dispute, bearing in mind the interests of the islanders. Argentina has always argued that the islanders are not indigenous and were brought in to replace the Argentinian population that was expelled after the re-establishment of British rule in 1833, and therefore have no right to self-determination.