A Bride for a Rogue by Collette Cameron®

She can’t forget the past. He can’t face the future. Until fate intervenes one night. 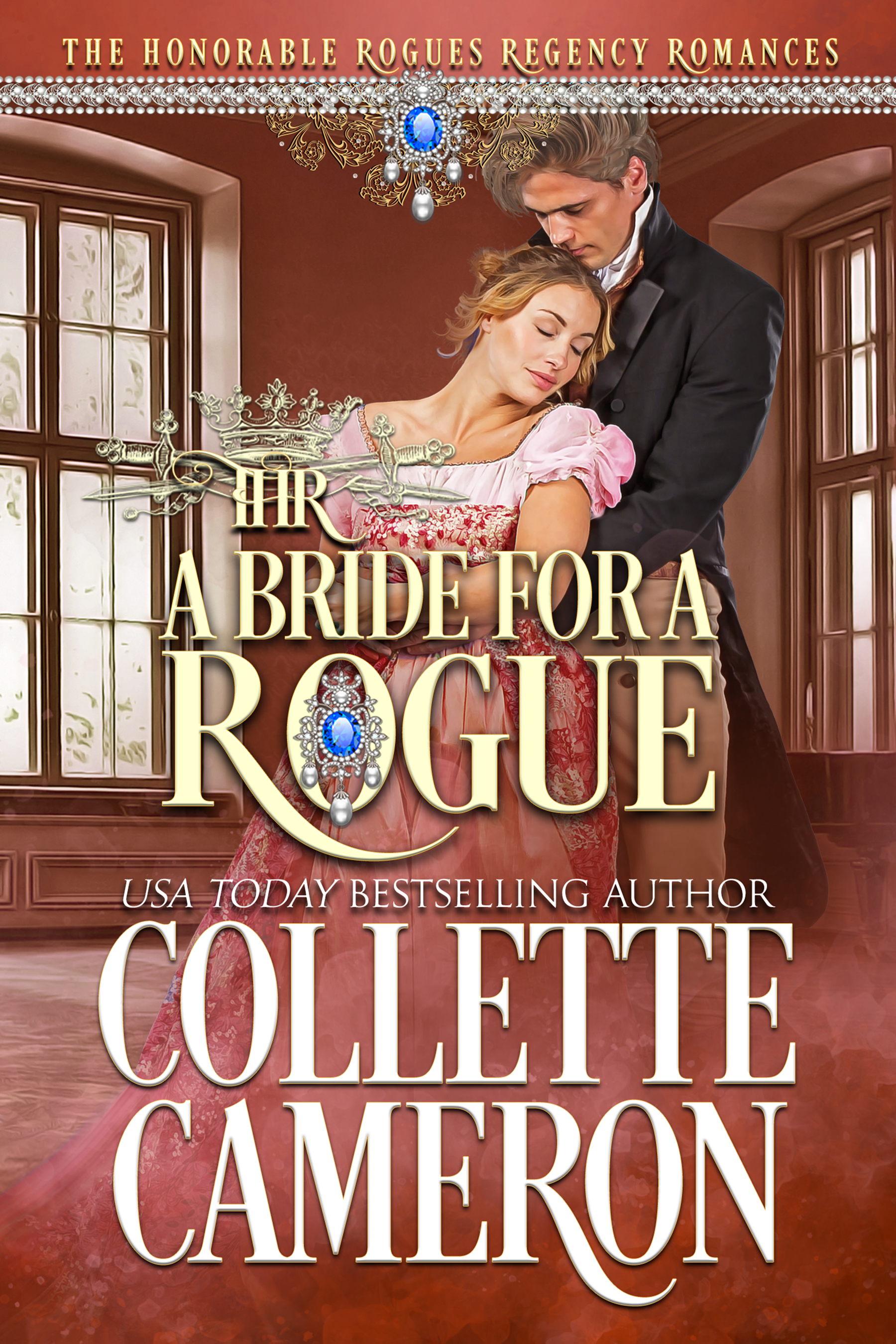 She can’t forget the past. He can’t face the future. Until fate intervenes one night.

Many years ago, Ivonne Wimpleton loved Chancy Faulkenhurst and hoped to marry him. Then one day, without any explanation, he sailed to India. Now, after five unsuccessful Seasons and a riding accident that left her with a slight limp, her only suitors are fortune-hunters and degenerates. Just as Ivy’s resigned herself to spinsterhood, Chance unexpectedly returns.

Upon returning to England, Chance is disillusioned, disfigured, and emotionally scarred, but his love for Ivy remains is strong. However, he’s failed to acquire the fortune he sought in order to earn permission to marry her. When he discovers Ivy’s being forced to wed to prevent a scandalous secret from being revealed, he's determined to make her his bride.

Except, believing Chance made no effort to contact her all those years, Ivy’s furious with him. What’s more, in his absence, his father arranged a profitable marriage for Chance. As he battles his own inner demons, he must convince Ivy to risk loving him again. But will their parents’ interference jeopardize Chance and Ivy’s happiness once more?


“There you are, Miss Wimpleton.”

Ivonne Wimpleton whipped her gaze to Captain Melvin Kirkpatrick. Groaning in frustration, she snapped her fan closed, prepared to use the frilly accessory to give him a good poke or two, if necessary.

Fiend seize it. What is he doing here?

He must have arrived after she ventured outdoors.

She’d specifically asked Mother not to invite him tonight. Somehow, the bore had finagled an invitation to accompany another guest. Ivonne had hoped he’d finally sailed for Africa and wouldn’t impose his unwelcome presence on her for six blessed months or more.

He staggered toward her secluded bench on the side terrace, a drunken smile skewing his mouth.

She shot to her feet, searching for a means to avoid him. The only possibility lay in the narrow stairway descending to the manicured garden where an occasional colored lantern glowed. Ivonne strode toward her salvation at a near run.

Captain Kirkpatrick caught her arm and pinned her against the balustrade with his great weight. Her fan fell, clattering to the flagstone.

Straining against him, Ivonne fought to breathe and gagged. Did the man ever bathe?

“What audacity. Unhand me, sir!”

He shook his head. Excitement glimmered in his glassy eyes. “I think not. You’ve played the reluctant miss long enough. It’s time you tasted what our married life will be like.”

“Are you dicked in the nob?” Though no match for his strength, Ivonne still fought to break free. As she struggled, her hair pins came loose and scattered onto the stones. “I. Am. Not. Marrying. You.”

He tightened his clasp, and she winced as he held her arms in a bruising grip.

“I prefer blondes with blue eyes, but I cannot complain about your curves.”