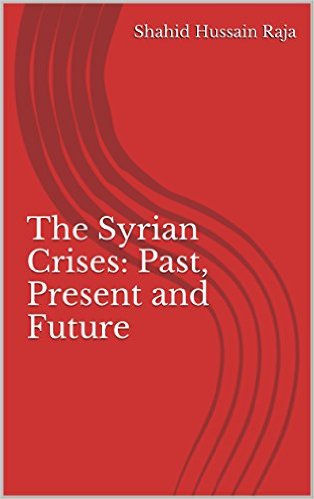 Explains the nature and origins of present Syrian crises in the wider backdrop of the geopolitical and other faultlines of the Middle East..It then enumerates the stakes of the various global and regional powers and how they are reacting to the rapidly evolving situation.Ends with possible outcomes and suggests the best way forward.


What is happening in Syria is a snapshot of what is happening in the Middle East as a whole which due to certain historical legacies, its geo strategic location, abundant resources and regional/global power politics has been in turmoil for the last half a century or so. These crises have been aggravated by the onslaught of Arab Spring, Iranian ambitions for nuclear parity with Israel and resource scramble. In the wider backdrop of rapidly shifting regional alignments, there are several conflicts, crises and wars going on in the Middle East with deep rooted causes having serious implications for regional stability and global security

This short book capsule starts with explaining the background of the overall crises engulfing the Middle East, their historical roots, various dimensions and the types of conflicts and wars going on in the region. Chapter three explains the brief socioeconomic and political profile of Syria without understanding which we cannot appreciate the ground realties and historical context of the present Syrian crises. Chapter four traces the origins of the present crises while chapter five sheds light on the respective interests of the three global powers namely United States of America, China and Russia in the region in general and in these crises in particular. Chapter six lists the respective interests of the regional powers namely Saudi Arabia, Iran, Turkey, and Israel as well as those of the non-state actors. Chapter seven describes the present situation of the crises while the last chapter tries to build three scenarios, their likelihood, and ends with a set of suggestions to ensure a long lasting peace in the region.