The Imp of Eye by Kristin Gleeson, Moonyeen Blakey

A street urchin and duchess are caught up in a web of intrigue in 15thc. London. 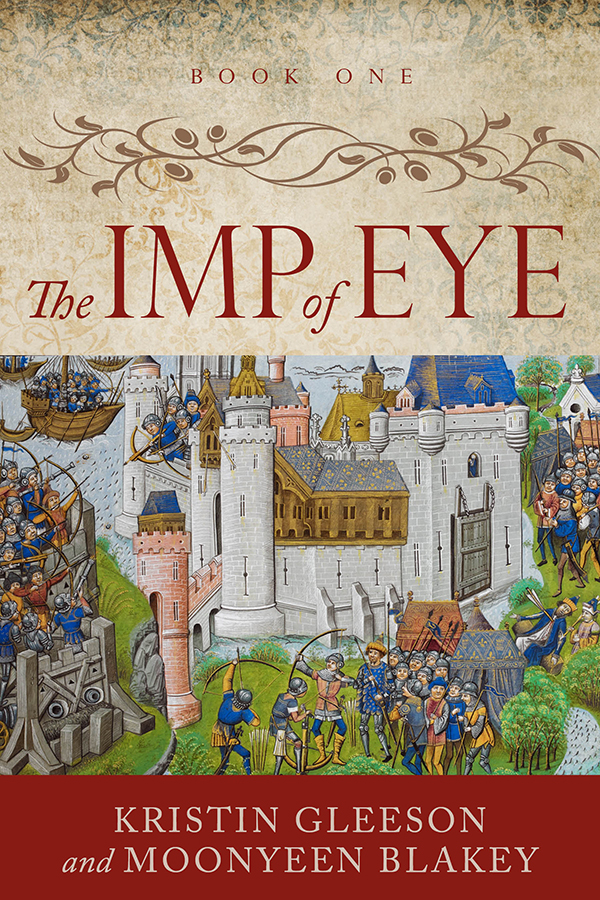 While the storm clouds of the Wars of the Roses gather, Barnabas, a streetwise thirteen year-old orphan, dreams of sailing away to foreign countries. His mistress, Margery Jourdemayne, the Witch of Eye, and his guardian, Canon Thomas Southwell, plot to use his clairvoyant talents to further their ambitions.  Vain and ambitious Eleanor, Duchess of Gloucester, turns to the Witch of Eye to conceive a child to secure her position as the wife of the heir to the throne, but her husband’s enemies are determined to use her actions to bring about his downfall.

Can this young imp, Barnabas, steer a safe path through the dangerous web of intrigue and suspicion that surrounds him? Will his ‘sight’ save him from burning in the flames of a witch’s pyre?  And will Eleanor conceive a child, or will her follies prove her undoing?

An historical novel full of plot twists and intrigue in the manner of Dorothy Dunnett.

‘Fast-paced and moving, ‘The Imp of Eye’ is the memorable story of real events told in the distinctive voice of a unique and loveable character.’ – Karen Charlton, author of The Detective Lavender Mysteries

‘A jewel of a story, set among the royal courts and the dark alleys of medieval London, where intrigue, betrayal and witchcraft are woven into a poisoned web to trap the innocent. The characters are so compelling that I was struggling to breathe as the net tightened around them. This is story-telling at its best.’- Karen Maitland, author of Company of Liars

Book One of the Renaissance Sojourner Series


This book is part of a series and since its launch in June 2015 the sales have climbed steadily.  In the promotion in December the book ranked no. 7 (Amazon) in mystery, thrillers, witchcraft