A collection of #spitwrite stories. 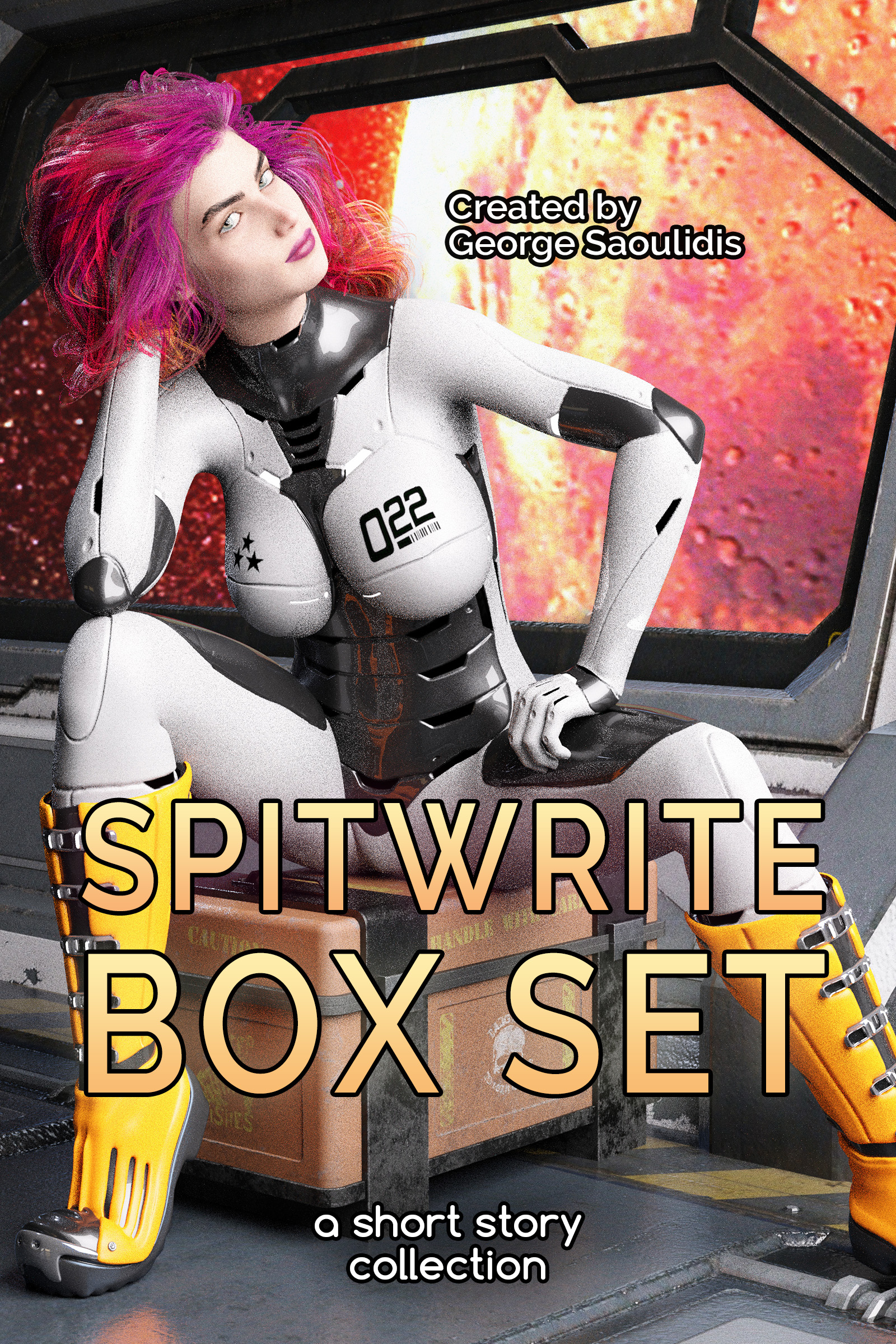 Includes:
The Imiteles Space Station
The Garbage Cube
The Recovery Building
Looking Down on People From Atop a Big-Ass Mecha
The Hologram Riot
Waifu Wedding
A Self-Driving Car Named Desire
Viking Shipbuilding
and over 80 more short stories.

Note: This contains books 2-4 of the Spitwrite series for ease. If you own the individual books, there's no need to get this one.


Author George Saoulidis and Mythography Studios have a 40000 Facebook page following, a 3000 Goodreads following, a 10000 Twitter following and a 4000 Instagram following. The book is a short tie-in story.

Publisher is looking for a royalty share agreement, and is incorporating audiobook creation as a regular step in the marketing process (with 40 upcoming titles, 75 currently published, 42 audiobooks).


Thrill-seekers from around the galaxy quickly found their way to the station. They were people from all races, both from Asterism and not, who had a thing in common: They craved adventure.

So, Imiteles brought it to them, or rather, brought them to it.

It scouted every gravity-wave communication for talk about revolutions, explosions, fantastic discoveries, dangerous alien beasts, inhospitable planets and ancient ruins, and it simply blinked there in orbit around danger.

About 87.3% of the space station's passengers died while on adventures. But the loco bastards seemed to like it! Imiteles went and bought some backup systems from an Asterism outpost at some point and got them installed, so the adventurers could back themselves up if they died and live again in a cloned body. That service was quite expensive but the adventures were swimming in loot.

And the loco bastards surprised Imiteles yet again, by refusing to back themselves up. 'It dimmed down the thrill,' some of them said.

Of course many used the backup service, went down on the chosen planets and derelict spaceships and spacebattle debris and explored, and looted, and had the time of their lives, and some of them died. And got reprinted into a cloned body that had none of the memories up until the time of the last backup.

But that way they could carry on adventuring.