Book 2 in The Captive Series. 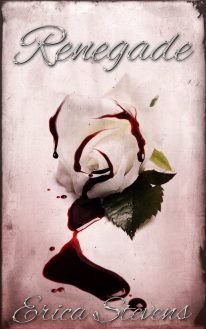 Though she is free of the palace, rescued from her position as a blood slave, Aria is haunted by the memories of her time spent within the fortress, tormented by memories of Braith, the prince that betrayed her and shattered her heart. Every day is a struggle to get through, and the only solace she is able to find is with Max, her best friend, and fellow captive. Though Max does not understand her bond to Braith, he knows some of what she endured, and helps to ease some of the tattered pieces of her soul. Aria slowly begins to salvage the broken parts of her wounded spirit by throwing herself into the wonder of the woods she had so greatly missed, and the secure and reassuring love that Max freely gives her. Her world is thrown into a tailspin again though when a marauding group of vampires destroy the caves she had found temporary shelter in. Scattered about the forest, seeking to stay hidden and find her family, Aria is stunned when Braith, the monster that savaged her heart, reappears. Stunned by his sudden arrival in her world, Arianna is uncertain if he has come to recapture her, or to kill her for daring to escape.


Renegade is a mature YA/NA bestselling novel in The Captive Series. It is consistently within the top 2,000 paid books on Amazon.

Aria didn't have to look up to know that Max had arrived. He'd been joining her here, at the same time, everyday for the last month. Even if she hadn't been expecting him, she would have detected his presence by his subtle smell and quiet step. He settled onto the ground beside her, remaining silent as he picked up a rock and leisurely skipped it across the lake. Aria handed him the fishing pole beside her, the hook was already baited and ready for him. He took it from her, casting it easily into the center of the lake.

Aria swung her feet back and forth, her toes skimming across the water. The cool water felt wonderful against her overheated skin. Using the back of her arm, she wiped away the sweat already beading along her forehead. They sat for awhile together, wordlessly reeling in the fish they caught. They kept the ones that were good to eat, and tossed back the ones that were too small.

Aria had started retreating to this spot soon after her escape from being a blood slave, and her subsequent return home. Max had found her here two days later. They rarely spoke, they didn't have to. They had both been inside that place, both been owned and used, and both of them had been forever marred by the vampires that had possessed them. The monsters that had owned them. Though, decidedly, Max's experience had been far worse than hers.

She had been owned, led around by a leash, and used, but the extent of her use was her own fault. She'd willingly given the prince her blood, mistakenly thinking that she was falling in love with the deceptive bastard, but that had been before she'd learned that he was engaged. Though she hated the prince now, she couldn't deny the sharp stab of sorrow that pierced her at the thought of him marrying another woman. It brought tears to her eyes every time it crossed her mind, which was far more often than she cared to admit.