Filled with mystery and surprise twists, Enlighten, continues with the enchanting love story of Aidan Thornhill and Clarissa Moone. 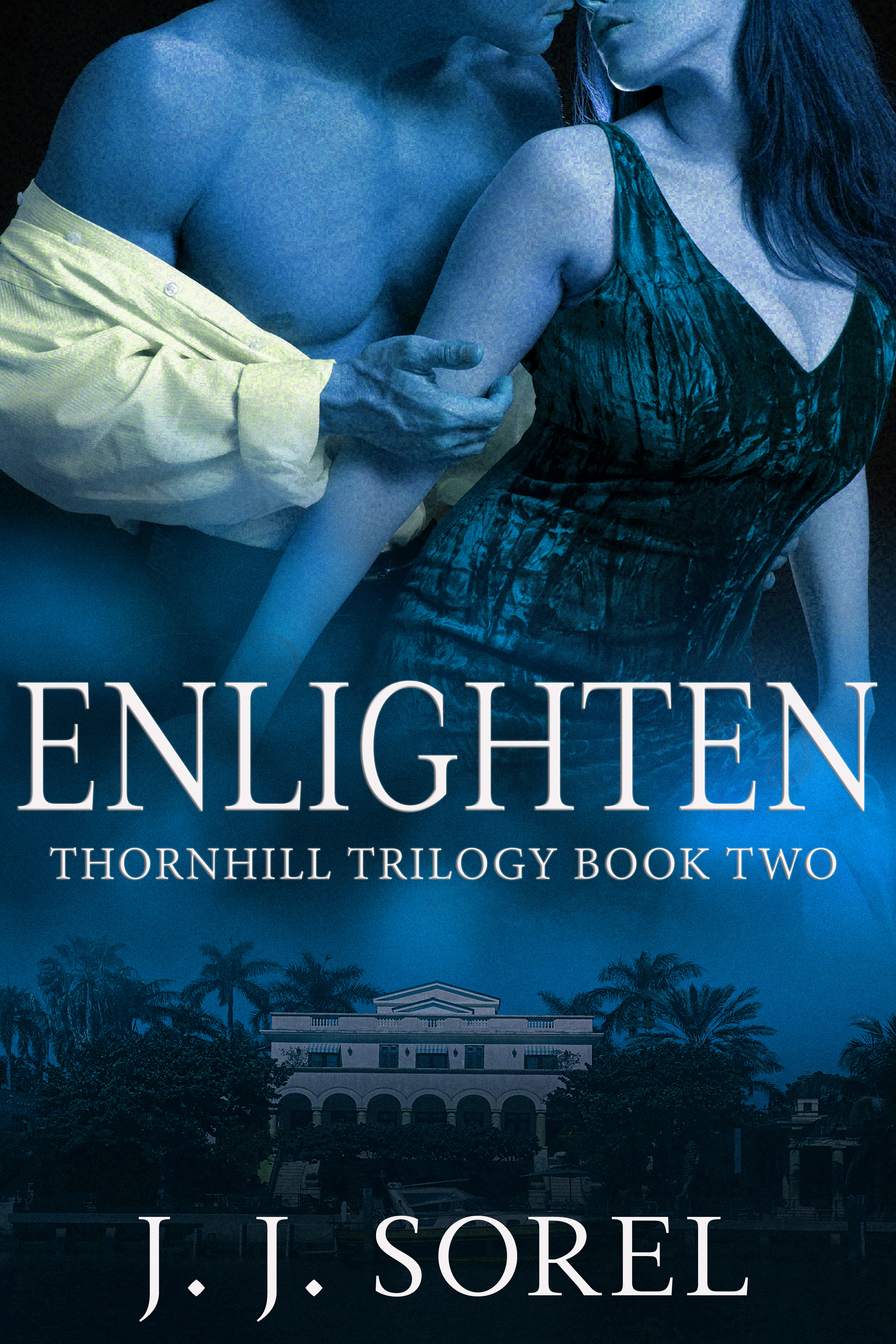 When Clarissa Moone lands a job working for the enigmatic Aidan Thornhill, she doesn’t quite know what to expect—but certainly not romance.


“These are for you, Clarissa.” Greta handed me a large bunch of blood-red roses.

My arms were suddenly weighed down by what appeared to be at least five dozen roses. Brushing against my face, the flowers released such an intoxicating perfume that it took me a moment to gather my senses.

“They’re beautiful. You shouldn’t have.” I stood aside to allow her passage. Strewn with clothes from my recent arrival, the room was embarrassingly messy.

“They’re not from me, Clarissa.” Greta raised an eyebrow. “From an admirer, I would hazard to guess.”

I answered her wry grin with an uncertain smile. We both knew who they were from.

“I can’t stay, got lots to do. Since we fired Bryce, I’m running the Veterans’ Health Center, as well as the estate.”

Placing the flowers on the table, I was about to respond when a card fell out of them, landing on the ground. My focus did a sharp shift from Greta’s penetrating stare to the white envelope on the floor. All I could hear was my heart pounding.

“That’s good of you to offer.” She looked down at my unpacked clothes. “There’s no need to hurry back. You’ll need some time to settle in first, I think.”

“I’ve already taken enough time off,” I said, fidgeting with my sleeve button.

“That’s not an issue. We’re just happy to have you back.” Greta smiled. “Tomorrow will be fine. I’d like to discuss a new fundraising idea that Aidan’s come up with.”