Book 2 in The Awakening Series. 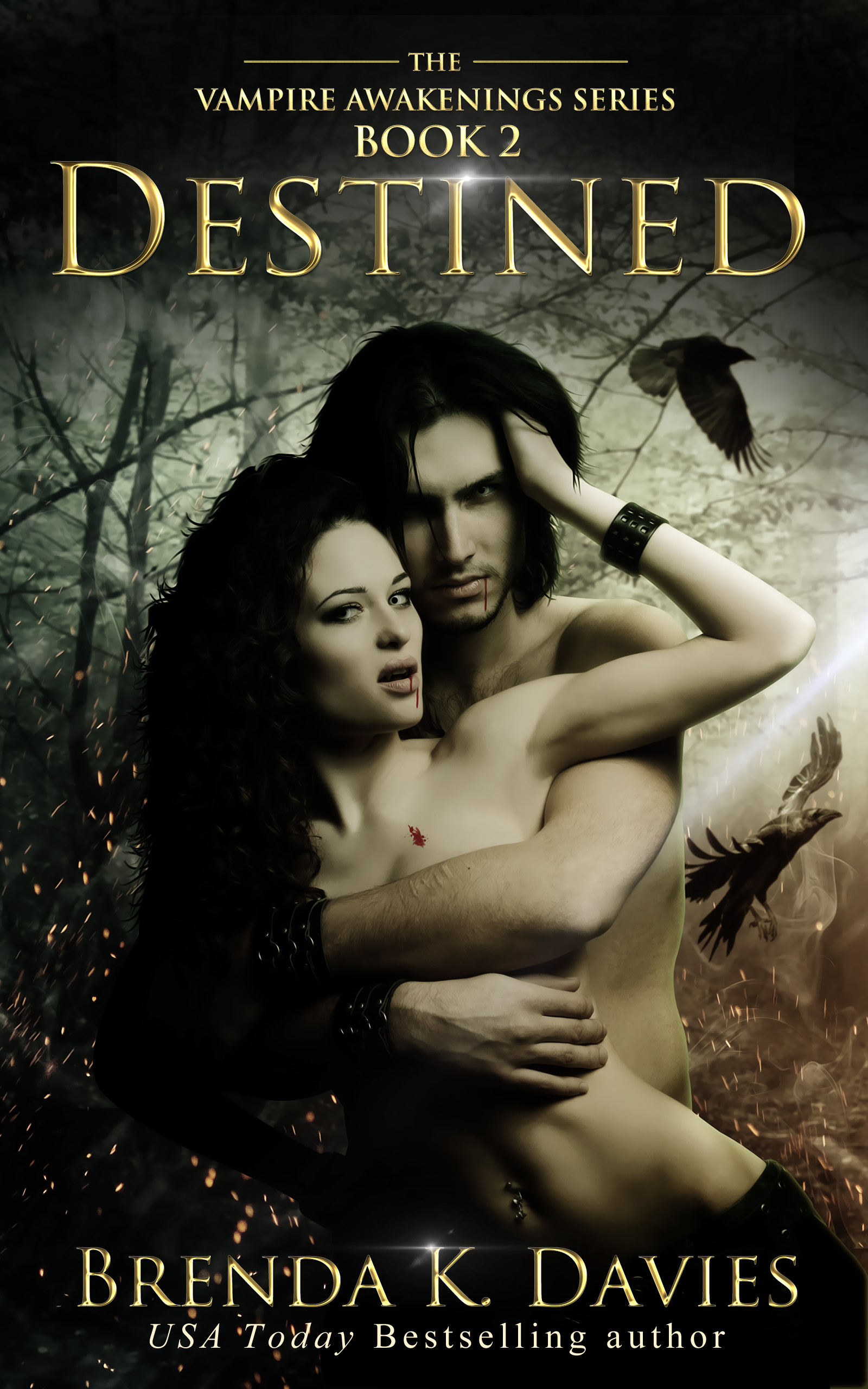 Terrified of becoming mated like her parents, Isabelle has locked herself away in order to avoid their fate. She is content to stay sheltered amongst her family, hidden away as she lives out her days away from the human race, and the world. Despite her determination to remain alone, her world is rocked when a person from her parent’s past arrives at their door, bringing with them the powerful, and stunning vampire Stefan. Though Stefan is not expecting to arrive at a nest full of vampires, he is immediately drawn to the vibrant, often defiant, and willful Isabelle. To his surprise, Isabelle does everything in her power to avoid him, and her desire for him. No matter how hard she tries to fight it though, Isabelle begins to realize that trying to deny her destiny may just destroy them both, as there are some things that cannot be stopped. But just as she begins to let her guard down, Stefan’s dark and deadly past catches up to him and threatens to destroy them both.


Destined is a best selling book on Amazon and apple. It is consistently within the top 5,000 on Amazon.

Ethan poked his head around the corner of the alley; his eyes instantly went to the diner across the street again. Light pooled from the streetlights, it spilled across the road and sidewalk, illuminating the cars parked along the road. Light from the diner blazed out of its big, plate glass windows. The woman that had captured his attention was sitting in one of the booths, her blond head bent over the table as she read through something laying open in front of her. She looked oddly familiar. Biting on his lower lip, his brows knit together as he studied her more carefully. He knew he'd seen her somewhere before, that he knew her somehow, he just couldn't remember where or how.

He pulled his head back and leaned against the cool stonewall. He closed his eyes, searching his memory for any hint of who she might be. He had been doing the same thing for the last five minutes, and it was proving to be a useless endeavor.

"What are you doing?"

He jumped, his eyes flew open as Mike and Jack stepped out of the shadows of the ally. "Don't do that!" he snapped.

They grinned as they exchanged amused glances. They knew he hated it when they cloaked their presence from him and popped out of nowhere in an attempt to scare him. It often worked. The thing that aggravated him the most was that he couldn't do it to them. He couldn't control his powers as well as they could, and they knew it. "So, what are you doing?" Mike asked again.