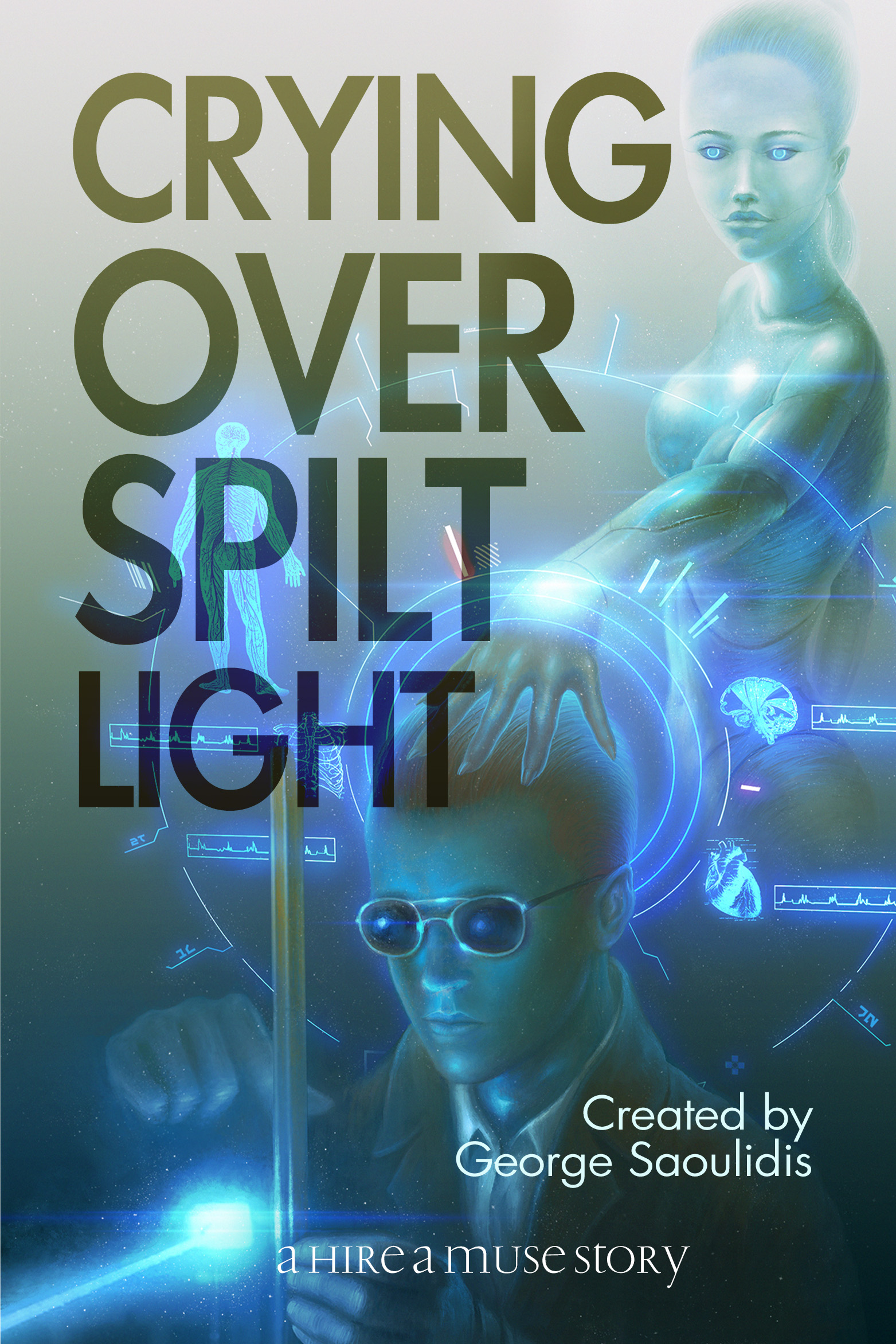 Hire A Muse, Get A Nobel Prize

On the verge of abandoning his life-long project, an obsessive physicist hires the innovative service of an android Muse to help him finish his work. But when things start to go missing from his life, he must learn that not all is worth sacrificing on the altar of science before he has nothing left to live for.

From ScifiSelect: " A mind bending thriller on the very concept of inspiration."

From Luke Daniel: "The book, while short, is unique and a true work of literacy."

From Samie Sands: "The plot is fast paced, dark, exciting and gripping. Once I started reading this book, I couldn't put it down. Highly recommended!"

Do you want to know what's next for poor-but-brilliant Yanni? Do you wanna meet the Muse? Then read this unique sci-fi thriller that toys with the very concept of inspiration.

This is Book 1 of the Hire a Muse series.


The lady in blue stood still, looking at the corner of the room. The air was undisturbed around her, dust particles descending, a few sun beams briefly illuminating their swirling trajectory.

The body that had caused all this dust upheaval was lying still in the middle of the thick carpet. A tall man, heavy, not of muscle but rather of spaghetti and feta cheese, was facedown, his limbs motionless, drool dripping on the carpet, absorbed instantly. His small glasses were crushed underneath his skull, their skeleton distorted but their lenses intact.

The lady in blue raised her eyes to the whiteboard.

The movement of her eyelashes was not enough to disturb the falling dust.

Mathematical symbols were scrawled on the whiteboard, half of it seemingly written, erased and rewritten a billion times. The top left part was dry, scratched, old. A beginning that had tormented the heavy man for years. The whiteboard was featured prominently in the room, a totem raised high, a constant reminder for the heavy man to keep on working, keep on thinking about what the symbols meant.