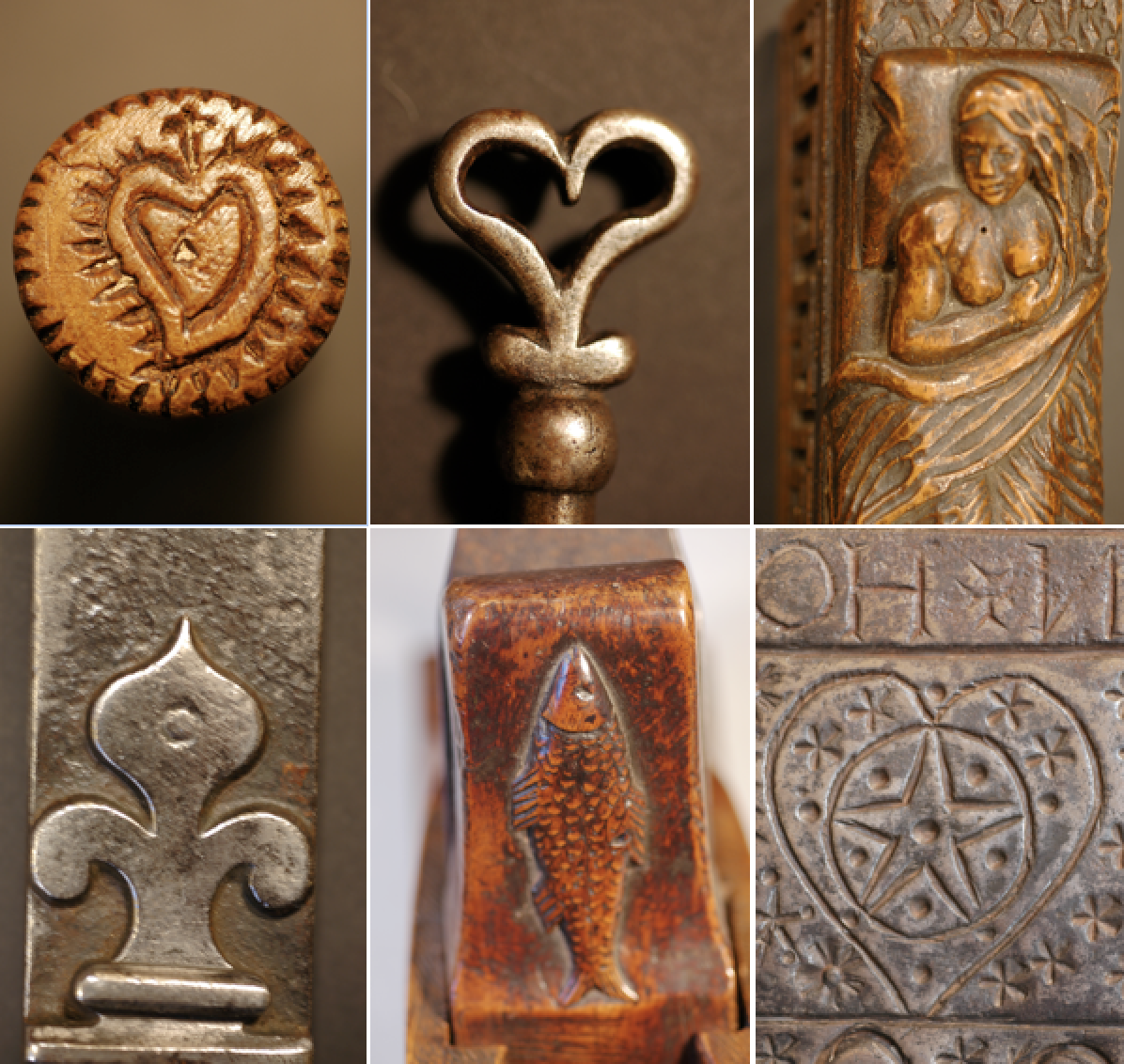 Codes & Symbols of European Tools is the untold story of mysterious codes and symbols found on ancient tools of all trades, from the Roman Period to the 19th century. It comprises 237 color illustrations of tools, their hidden symbols, and ancient manuscripts.

Why did so many ancient tools contain symbols like stars, crosses, spirals, and hearts?

Why do saws, hammers, rules, and chisels bear stamps comprising a compass and a square?

Why are other tools engraved with letters, numbers, strange signs such as the numeral four with a long stem and a double cross?

Why do so many tools from unrelated trades display a heart, or the exact same pattern of fishbone or even the letters “IHS” or “IOS”?

In order to attempt to answer these questions, one must travel back in time and study not only the historical context in which these tools were made, but also the men and women who made them with their hands and their hearts. This study is the story of those men and women who built cathedrals and homes, bridges and roads, monuments and dreams.


1 - Freemasonry and its Symbolic Tools

2 - Compagnons and their Symbols

4 - Origins of Guilds and Corporations

11 - The Fortress of Inchtuthil, Perthshire in Scotland

13 - British Empire in a Bottle

15 - Armorers’ Tools of Life and Death

From the Egyptian to the Greek and Roman civilizations little is actually known on tools used to build the great edifices of historic significance. An even less on the symbols associated with these tools and on the workers who created and used them. Only from the Middle Ages, can one start to find documented evidence on the workers and their customs, teaching and learning processes, and the organization that became necessary to ensure the transmission of this extremely valuable know-how.

Freemasonry is filled with symbols relating to the mason’s trade: compasses and squares, hammers and chisels, trowels and plumb bobs, and abundant numeric signs. To decipher those symbols and signs it is necessary to observe how the divergence took place between the freemasons and the masons.