Book 1 in The Captive Series. 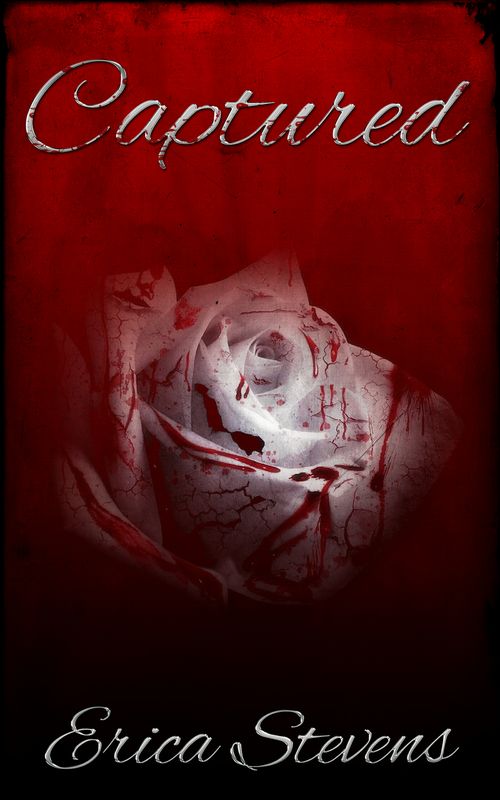 Captured, taken from her beloved family and woods, Aria’s biggest fear is not the imminent death facing her, but that she will be chosen as a blood slave for a member of the ruling vampire race. No matter what becomes of her though, Aria knows that she must keep her identity hidden from the monsters imprisoning her. She has already been branded a member of the rebellion, but the vampires do not know the true depth of her involvement with it, and they must never know. Though hoping for death, Aria’s world is turned upside down when a vampire named Braith steps forward to claim her. He delays her execution, but Aria knows it’s only a matter of time before he drains her, and destroys her. Especially once she learns his true identity as a prince within the royal family; the same royal family that started the war that ultimately brought down humankind, reducing them to nothing more than servants and slaves. Aria is determined to hate the prince, determined not to give into him in anyway, but his strange kindness, and surprising gentleness astonish her. Torn between her loyalties to the rebellion, and her growing love for her greatest enemy, Aria struggles to decide between everything she has ever known, and a love she never dreamed of finding.


Captured is a best selling mature YA/NA book with over a 1100 reviews on amazon and over 2500 on Apple. It has broken the top 25 in free books multiple times. It was also a USA Today recommended read.

The words were enough to send a cold chill of terror down Arianna's spine. She shuddered, swallowing heavily, and repeatedly, as she tried to wet her suddenly very parched throat. Her lips were sore, she could taste her dried blood upon them as they were chapped and cracking. She'd had nothing to drink in hours, she was thirsty and her mouth was dry as cotton. The fire that had consumed parts of the forest had burned her throat, and she could taste the ash upon her tongue. The smell of smoke clung to her, cloying in its acrid odor. She would have given anything for some water, but she was fairly certain that her misery and discomfort would soon be coming to an end anyway.

The dead did not require water after all.

Surprisingly, the thought of dying aroused even less fear in her than the alternative did, and that was becoming a blood slave. Though the notion had never entered her mind before, she realized she'd prefer to take her own life before such a thing happened to her. The thought of being kept, of being trapped and used for the most disgusting means known to man, was enough to make her want to rip out her hair and run screaming in horror.

She did neither however, simply because she couldn't move enough to carry out either action. She was trapped, surrounded, penned in by the bodies crammed against her. The raid on the encampment in the woods had been successful. The temporary homes of many had been ripped apart, destroyed then set ablaze. Their lives had been irrevocably destroyed; they would never see their loved ones again.

The fortunate ones, the ones that weren't chosen to be blood slaves, would be bled outright. Their blood would be drained unwillingly, and painfully, from their bodies. A hundred separate needles would pierce their skin before they were finally killed. The blood would be bottled and saved for later use.