After Blackbeard's crew rescues him from prison, the search for the keys to his ship continues where they face deadly trials, and the supernatural, to complete their seabound homestead all the while being chased by an assassin of unknown origin. 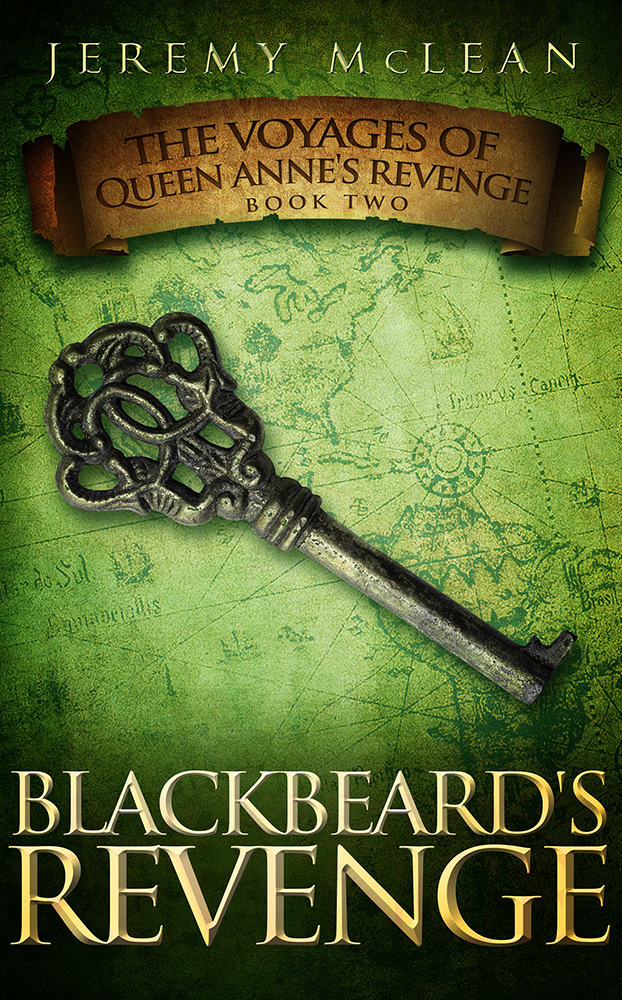 It turns the pious into sinners, the most timid to anger, and the most virtuous amongst us into cold blooded murderers. If used correctly, the desire for vengeance can also be used as a tool.

Edward Thatch, the rookie pirate known as Blackbeard, is out for Revenge. Revenge against those who wrong his crewmates and himself.

Before Edward can take his retribution he'll need to finish unlocking his ship, Freedom, by playing Benjamin Hornigold's game. Edward still has three tests to complete in order to gain the last keys to his ship, and he will have to risk life and limb of himself and his crew to pass the trials.

How far will Edward's desire for Revenge take him, and what dangers will he place his crew into for his Freedom?

Find out what action Edward will take in Blackbeard's Revenge, and follow his fantasy adventure full of pirates, privateers, and everything in between in The Voyages of Queen Anne's Revenge!


With the first book being perma-free, this sequel enjoys an attach rate of 15% regularly being in the top 20 of one category and the top 100 of two other categories. Sales are on the rise, and are directly tied to the success of the first book. It has over 60 reviews across Amazon and Goodreads with a 4.4/5 average rating.


The warden rested his head on Edward's shoulder.

Sam, Anne, and Henry instantly tensed with the sudden turn of events and pulled their weapons on the pair. Those in the dining chambers approached to catch a glimpse of the scene unfolding. Edward stood stock still, the warden at his back, his hands held up to stop his friends from shooting.

"Get off him!" Henry yelled.

The warden laughed and shook his head wildly like the madmen he imprisoned. "No, no, no, that won't do. Cannot do that. No. I'm the warden, see? I issue orders here." The warden’s breath was hot on Edward's ear. "I tricked you. All these years, playing the fool in front of you prisoners, for this payoff. You would not believe the delight I'm feeling…"

The thunder from Anne's pistol rebounded in the small room. The bullet sped through the warden's forehead. He collapsed in a heap off of Edward's back.

The crew and prisoners first glanced at the source of the sound, then to the warden as he fell, and then back to Anne and the smoking pistol. Everyone stared at Anne with shocked expressions, most notably Edward.

"What?" Anne said with a shrug. "He kept prattling on and on. We do not have time for such nonsense. And besides, the hostage trick is old." Anne turned and left the room. "We acquired what we needed, let us move on."

Edward took one last glance at the warden, silently thanked Anne for her marksmanship, and returned to the dining chamber. "Right."

Anne ran to the west wall and kicked the door open. The west keep tower was a mirror image of the one on the east side. Weapons, stone stairs, an opening with rocks to throw, all there save for guards to use them.

"The guards must have been called down to the bottom of the keep or to the east side as reinforcements," William surmised.