A young man named Edward Thatch, who later comes to be known as the dread pirate Blackbeard, inherits a mysterious ship and must follow clues to find keys to unlock it, all the while being hunted for a crime he didn't commit. 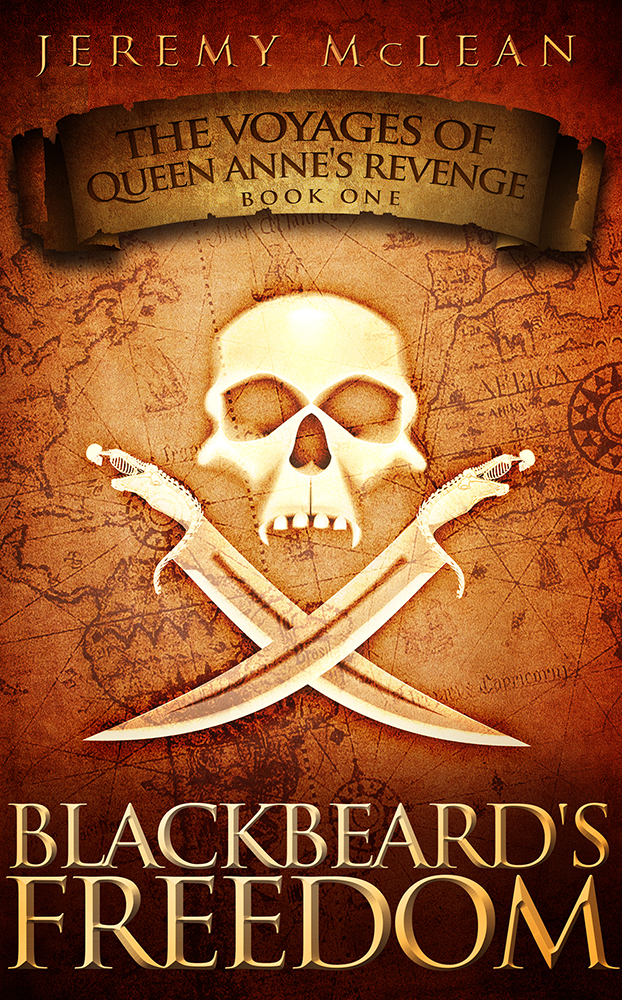 A mix of historical fiction and fantasy like nothing you've ever read before!

"Kept me turning page after page to see what was going to happen."

What would you do for your Freedom?

Would you steal?
Kill?
Die?

For Edward Thatch, there's no questioning the depths he will go for his Freedom.

Edward didn’t know he had bought a former pirate ship, and when the marine captain Isaac Smith threatened to take it, and his freedom, away he takes matters into his own hands.

Edwards action sends him, and his best friend Henry Morgan, running from the law on an adventure across the historical Caribbean & Latin America. The two will have to fight not only to stay alive, but to stay free during the so-called “Golden Age” of piracy.

Edward also finds that half the ship he bought is locked, and in their place riddles and clues left by the previous owner. Edward and his crew must solve the riddles, follow the clues, and face games of life and death before they can claim the keys to the rest of their ship. And all the while, a certain marine captain is breathing down their necks and taking aim at their lives.

Will Edward and Henry embrace the life that’s been thrust upon them, or will they crash against the rocks of their misfortune? See how the pirate Blackbeard came to be the scourge of the Caribbean Sea and beyond, and follow him on his fantasy adventures full of pirates, privateers, and everything in between in The Voyages of Queen Anne’s Revenge!


This book is currently offered perma-free as a sales funnel for the sequels. It is in the top 5000 rank of the free books, having many downloads daily. It also has over 200 reviews across Amazon and Goodreads, with a 4/5 average rating.


"Cannons!" Edward bellowed, jumping to the floor of the ship and dragging the crewmen he was arguing with down.

A thunder like none he had ever heard before erupted. It sounded very much like the real thing, only quicker, more uniform, and almost hollow. A second volley followed soon after.

A hail of cannonballs hit the Freedom. The large, speeding iron ripped and crushed the wood in its path. One hit the starboard railing right next to Edward, breaking the wood to splinters and showering the pieces over his head.

Edward rose on unsteady hands and feet amid the new sounds, moving at a snail's pace. Once on his feet, he glanced about at the other crewmates. Some were still in shock, but others who had been through battles before were quick to man the cannons themselves. Edward couldn't see any injured.

John came over to Edward and shook him by the shoulders. "Captain, we need you on earth! We need to counter."

"Yes," Edward replied. "Yes," he repeated, coming to his senses again. He turned to his crew. The men were still running around with no idea what to do, and Edward's anger was rising. "Men!" he yelled at the top of his lungs. His voice seemed louder than the cannons and the crew stopped what they were doing to look at him. Only then did he notice all the eyes on him, but his anger fought off his nervousness. "Prepare for battle."

With their captain's simple decree, the crew was brought to heel. The gunners gathered powder and cannonballs and manned the cannons. Others grabbed muskets and loaded them with balls, and the rest worked on moving the sails to fill them with wind and regain lost speed.