A weekend camping trip forces twelve-year-old Brian to face his family's demons--and his own. 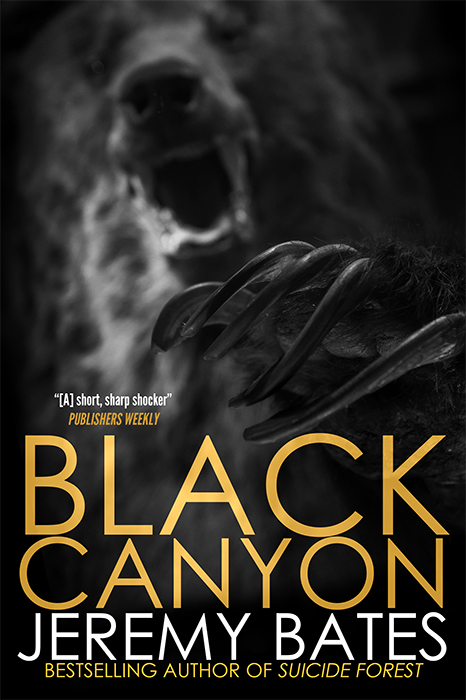 Black Canyon of the Gunnison National Park in Colorado boasts one of the most beautiful and deepest canyons in the United States. For twelve-year-old Brian Garrett, a weekend camping trip in the park promises to be an opportunity to bond with his aloof parents. But after his father suffers a horrible accident during a hike to the chasm's floor, events spiral quickly out of control, and over the next twenty-four hours Brian will uncover a terrifying dark side to his father--and an even darker side to himself


Black Canyon has consistently been in the top 50,000 in the Kindle store and has occasionally been under 10,000. It currently has a 4.4 rating. Plublishers Weekly called it "A short, sharp shocker."

I didn’t want to kill them. I loved them. But sometimes you have to do what you have to do to survive. I think you’ll agree with me after you hear my account of what happened twenty-five years ago. I had no other choice. It was either them or me.

A quarter of a century seems like forever ago. That would make the year in discussion the year the Berlin Wall fell, the year Iraq invaded Kuwait, the year The Simpsons debuted on television, the year the first webpage was published on the internet, and the year the Cincinnati Reds defeated the Oakland Athletics in the World Series in a four-game sweep. It was, I guess, a pretty great year all in all—at least, a pretty important one. On a more personal note, it was the year I kissed my first girl, the year I got a mountain bike for my birthday, and the year I broke my collarbone when I fell off that bike while biking where I wasn’t allowed to be biking.

It was 1990. I was a grade-six student at Dry Creek Elementary School in Englewood, Colorado, and the people I killed were my parents.

When you say Colorado most people think of skiing. Some think of Mesa Verde, or Garden of the Gods, or Estes Park, or Cañon City. Not many think of Black Canyon of the Gunnison National Park. But they should. They should go there too, see it with their own eyes. It’s a breathtaking gorge half as deep as the Grand Canyon, though much, much narrower, which, in my opinion, makes it all the more spectacular. I try to return there once a year, partly for the scenery, but mostly for the memories.