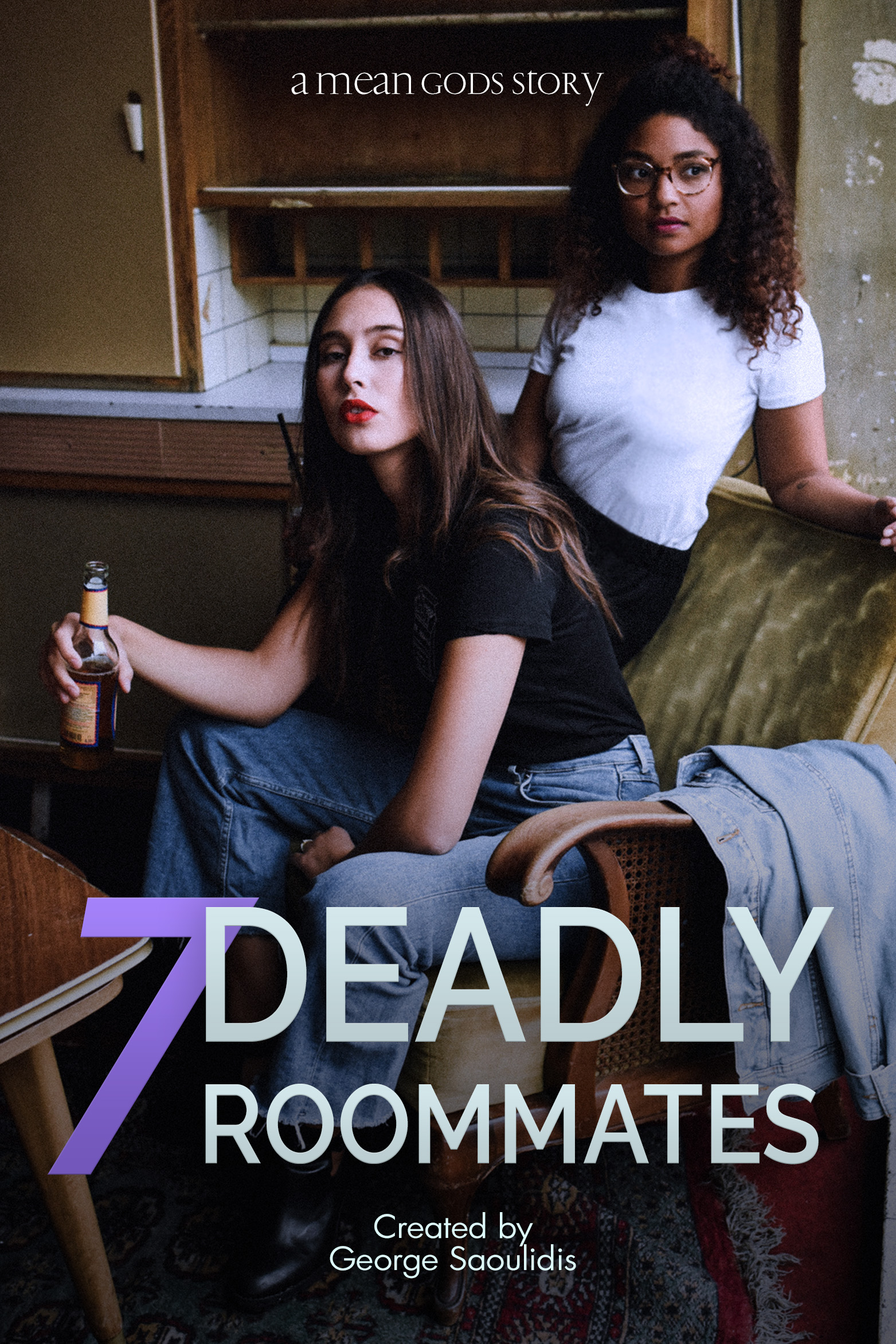 When Horace gets fired from his dead-end job, an unexpected lady gives him the courage to stand up for himself. But will he manage to get his life back in order when 7 strange women suddenly burst into his life and his home, when he has agreed to the Terms of Service without having read them and when the game these women are playing ends up in either success or death?

WARNING: “7 Deadly Roommates” contains explicit content, low inhibitions, bilingual cursing, British spelling, European political correctness, a ton of stuff given in the metric system, worship of made-up corporate gods, references to male and female body parts and the myriad of fun ways they link together, drinking, abuse, attempted murder, polyamory, LGBT characters, diversity, representation of all body types, and the story of a guy who's mixed up in a wicked game of sin.

This is book 1 of the Mean Gods series. Find more tidbits and interesting stuff on meangods.com


It's the start of a good-selling series, I plan to keep adding to it for as long as there's readership. It's full of sex scenes so you should know that beforehand.

“And get the fuck out of my sight, you good-for-nothing temp!” the man screamed in his face. The man, in this case, as in, the man. His boss.

It was the final straw. He quickly threw his personal things in a box and promptly emptied his office space.

“Are you gonna just let him talk to you like that?” a female voice said next to him.

He spun around, still shoving things in his box. She was gorgeous, with a perfect neckline that she made sure to show by raising her nose high. “What? Who are you?”

“I’m Superbia. Now, back to our topic. Are you just gonna let him talk to you like that? The boss? He fired you already, didn’t he? Why are you taking it like a pussy?” She twirled a finger in the air, as if pointing at the whole situation.

He leaned on the box. “I’m sorry lady, I haven’t seen you here before. You must be new. If you are, I’m deeply sorry for you but I hope you get more out of this hellhole than I had. Now, as for you calling me a pussy...”

She had full, red lips. She popped them, breathing out and repeating the word, “Pussy.”

“Oh, look, there’s some spine left in you after all. Now point that thing where you should.” She deflected his comeback and pointed a manicured finger at the boss’s office.

Horace had no clue what was happening. What he did know was that the pretty, annoying lady had a point. What was he so afraid of? Getting fired again? Getting yelled at? The boss had terrorised his existence for so long that he might as well be a pussy.

Horace squeezed his fists and stormed into the boss’s office.